Karim Ghajji reclaimed the Bellator kickboxing welterweight title yesterday evening when he defeated against Zoltan Laszak in a keenly fought contest at the Budapest Sports Arena in Budapest, Hungary.

According to officials at ringside, the fight between Ghajji (98-13-1) and Laszak (11-3) was a close one, with the Frenchman needing to mount a late surge in the final round to put daylight between himself and his Hungarian opponent to be awarded the contest and reclaim the title he lost last September.

In other action, former Glory middleweight champion Joe Schilling scored a unanimous decision win over Alexandru Negrea. Schilling’s fellow countryman Raymond Daniels added yet another knockout to his resume when he stopped Csaba Gyorfi with just 36 seconds of round 3 gone to claim his second win under the Bellator kickboxing banner.

Also on the card, undefeated women’s kickboxing phenom Jorina Baars recorded her 41st career win when she picked up a unanimous decision win over Irene Martens.

The opening bout of the evening served up a major shock when Gabor Gorbic earned a split decision win over former 2 times Glory featherweight champion Gabriel Varga who was making his promotional debut. 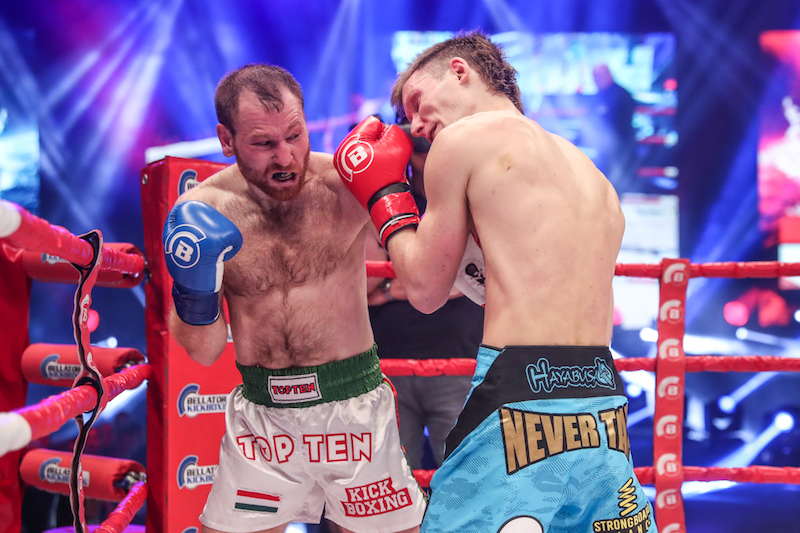 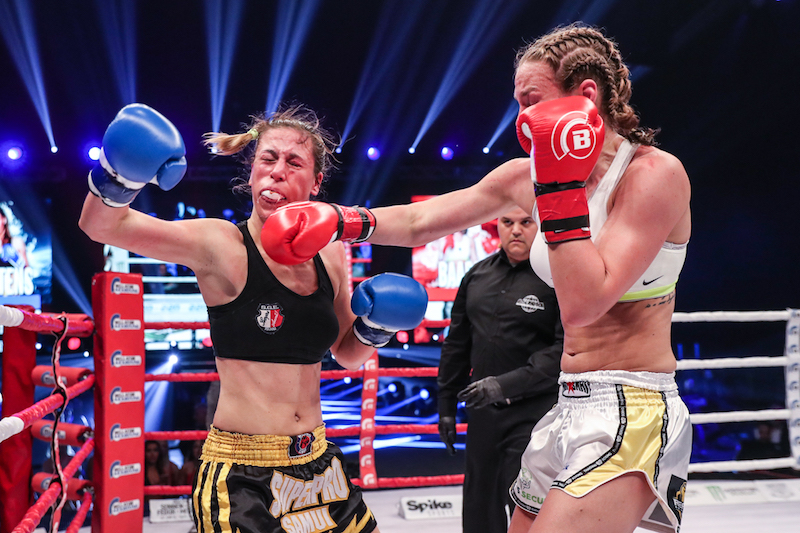 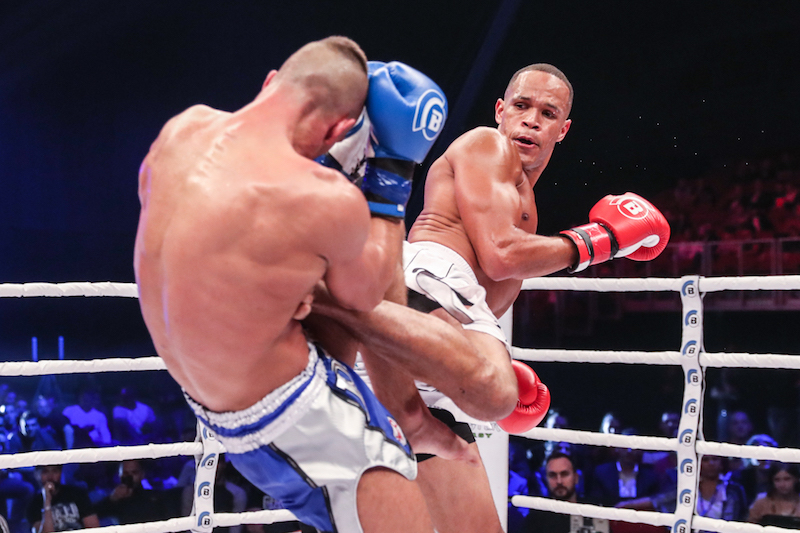 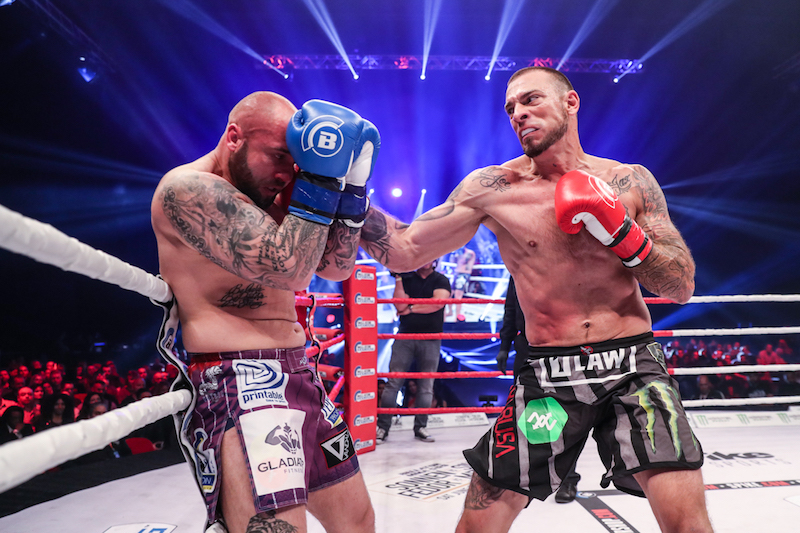 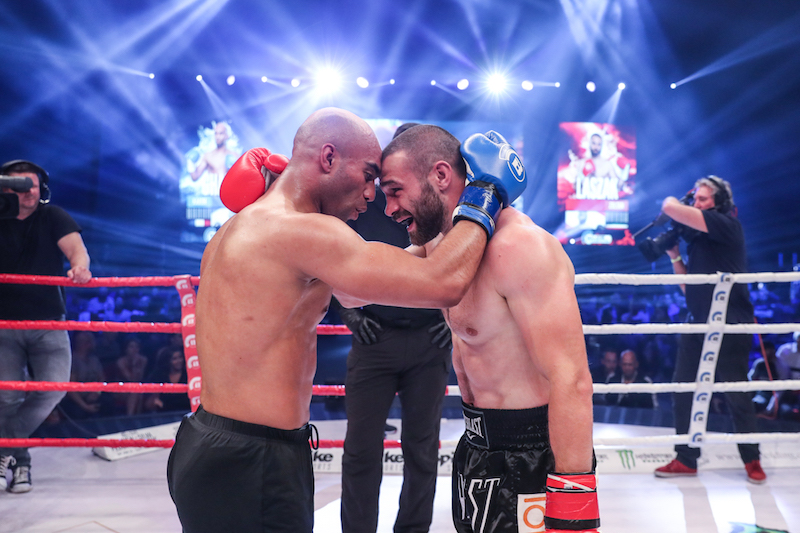 Raymond Daniels def Csaba Gyorfi via KO at 0:36 of round three