Budd dominated Coenen for the opening three rounds before stepping it up a gear in the fourth delivering a barrage of ground and pound leaving referee John McCarthy no choice but to intervene and award the Canadian the Bellator women’s featherweight title.

From the outset, takedowns proved a vital part of Budd’s game plan and became a recurring theme throughout the fight.  For the first two rounds the 33-year old took down her opponent early on and maintained top position landing a small number of strikes in the second Budd attempted a D’Arce choke but it was to no avail.

It was Coenen who came out the aggressor in the third deciding to initiate the clinch, this soon backfired however when Budd once again secured a takedown. With both fighters showing little activity on the floor Big John ordered them both back to their feet; the two exchanged strikes but once again it was Budd who took her opponent to the mat and dictated the bout for the rest of the round.

In the fourth round, Budd wasted no time taking Coenen down before transitioning to full mount, from here Budd reigned down with elbows and punches causing her opponent to cover up leaving the referee no choice but to step in.

Last night’s win was her 8th on the bounce since her 2011 loss to former UFC women’s bantamweight champion Ronda Rousey at Strikeforce Challengers 20.

“I have dreamt about this moment forever. When I was 21 and first started kickboxing, I dreamt about being a champion and I didn’t make it, I lost.” Budd said. “So, this is my dream come true. The moment I signed with Bellator, I saw all the champions up there on the banners and I said to myself that I want to be up there with them some day. Now it feels like everything has come together.”

Fernando Gonzalez (26–14, 6-1 BMMA) got himself back in the win column grinding out a unanimous decision win over Brandon Girtz (14-6, 6-4 BMMA).  Despite his opponent entering the bout with an eight-pound advantage Girtz looked to take down and smother his opponent on the mat landing nine of his thirteen takedowns. The problems arose for Girtz once the fight was taken to the ground with Gonzalez’s size advantage leaving the American unable to transition into a better position or land any significant strikes.

On the feet it was Gonzalez who was the aggressor landing heavy combinations whilst taking some damage of his own; in the third round it was clear Girtz had begun to tire eating some heavy strikes but refused to be put away surviving till the final bell rang. The judges scored the bout 29-28, 29-27 and 30-26 all in favour of Gonzalez.

The Big Pygmy wastes no time

Justin Wren made quick work of Roman Pizzolato with an impressive performance in their heavyweight showdown. Within 15 seconds of the fight starting, ‘The Big Pygmy’ had a hold of his opponent throwing him to the mat. The American continued to showcase his arsenal of takedowns and throws with a huge five-point suplex which saw the crowd on their feet.

Once on the ground Wren looked extremely agile constantly changing his position trying to find an opening and that he did. It looked like Wren was eyeing a rear-naked choke however once Pizzolato gave up his back his fate was sealed.  Wren began pouring down elbows until eventually, he secured the arm triangle for the finish. The 29-year old made a statement last night and proved he is a force to be reckoned with in the heavyweight division.

Lovato writes himself in Bellator history

Rafael Lovato (5-0, 1-0 BMMA), wasted no time disposing of Charles Hackmann on his Bellator debut, winning via TKO within just 13 seconds in their middleweight fight becoming the sixth fastest stoppage in Bellator history.

Lovato threw a quick head kick from the off which connected cleanly, the renowned Brazilian jiu-jitsu specialist smelt blood and swarmed on Hackmann who was clearly hurt. Hackmann covered up whilst his opponent opened with a barrage of knees and punches until the referee had seen enough and intervened. 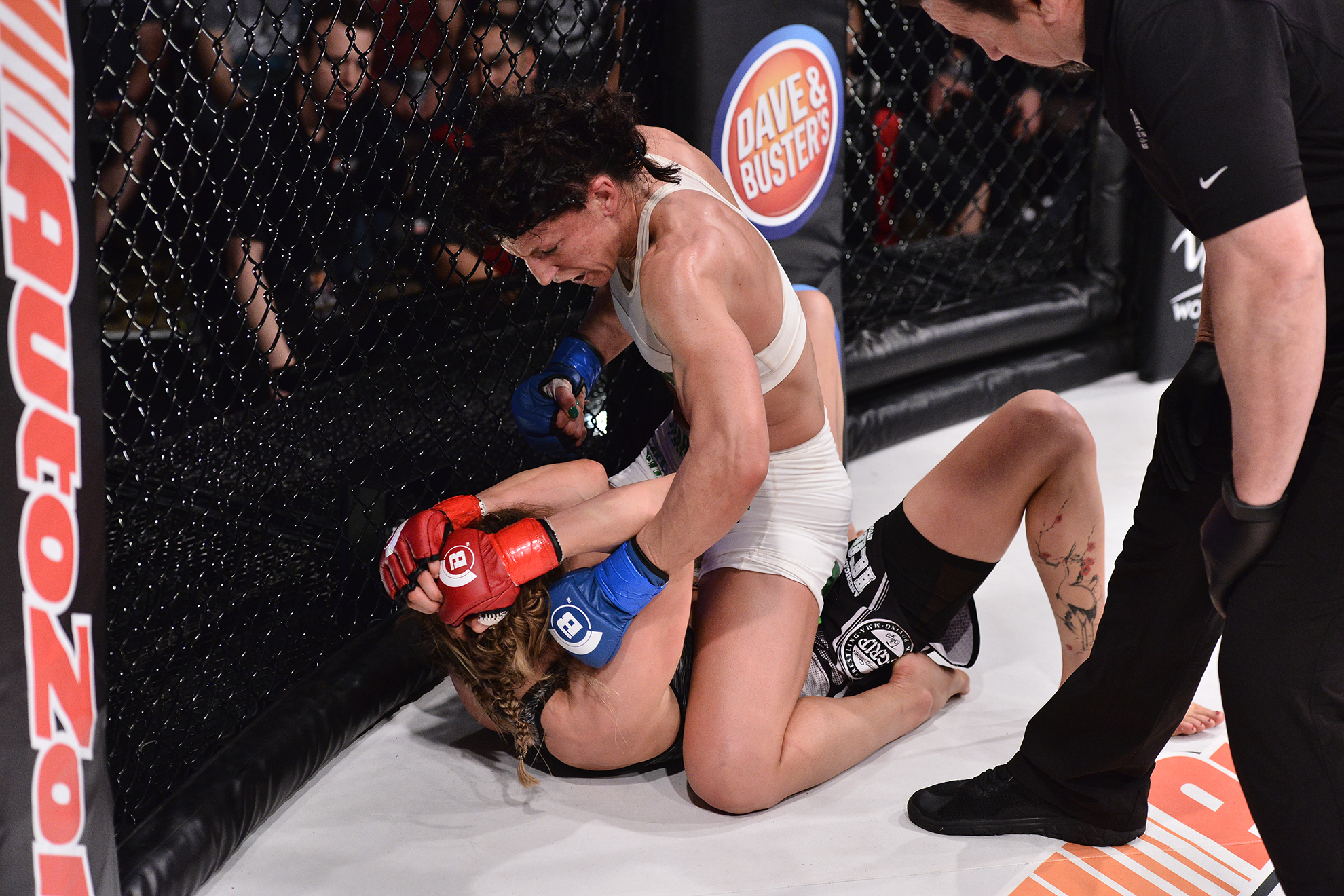 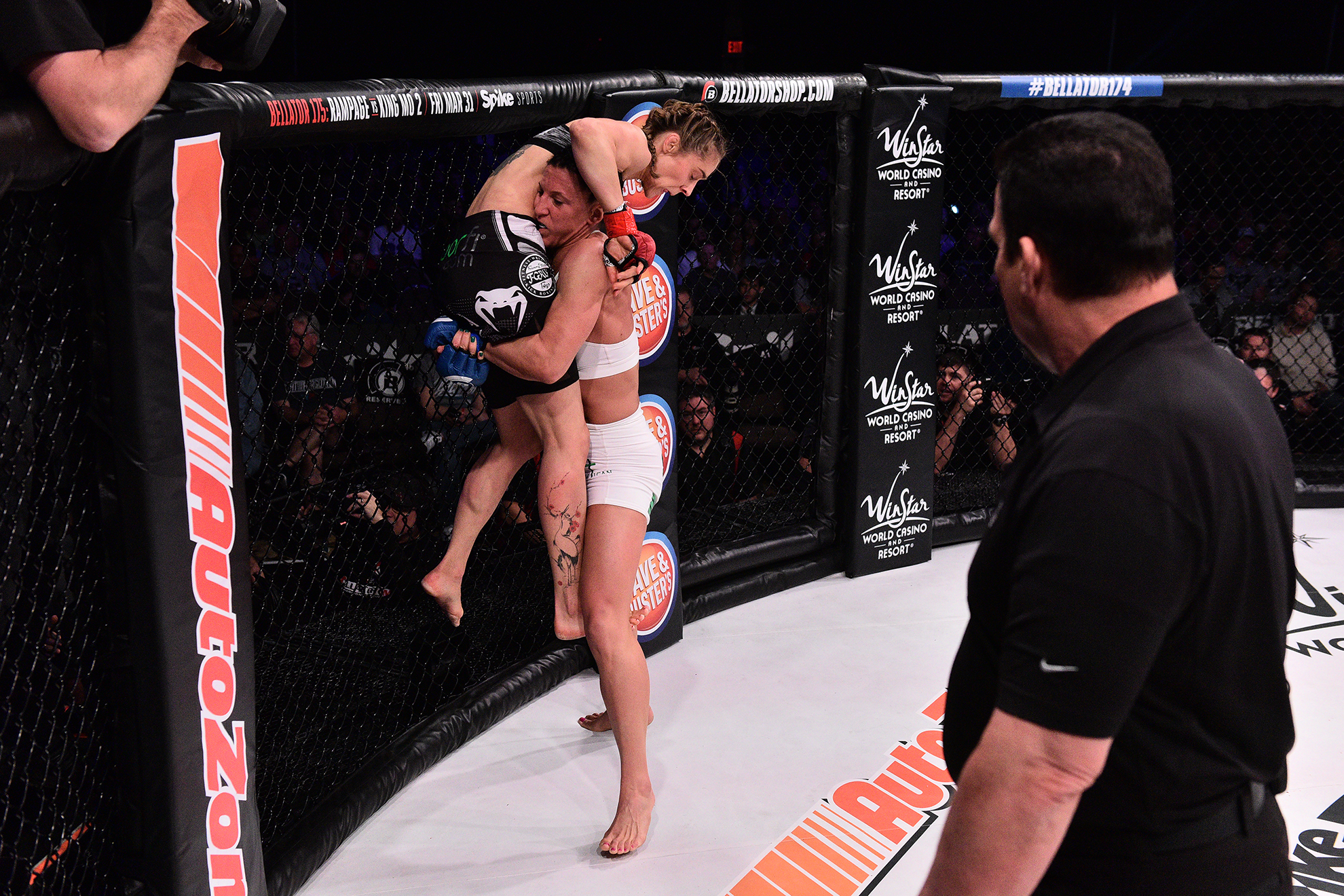 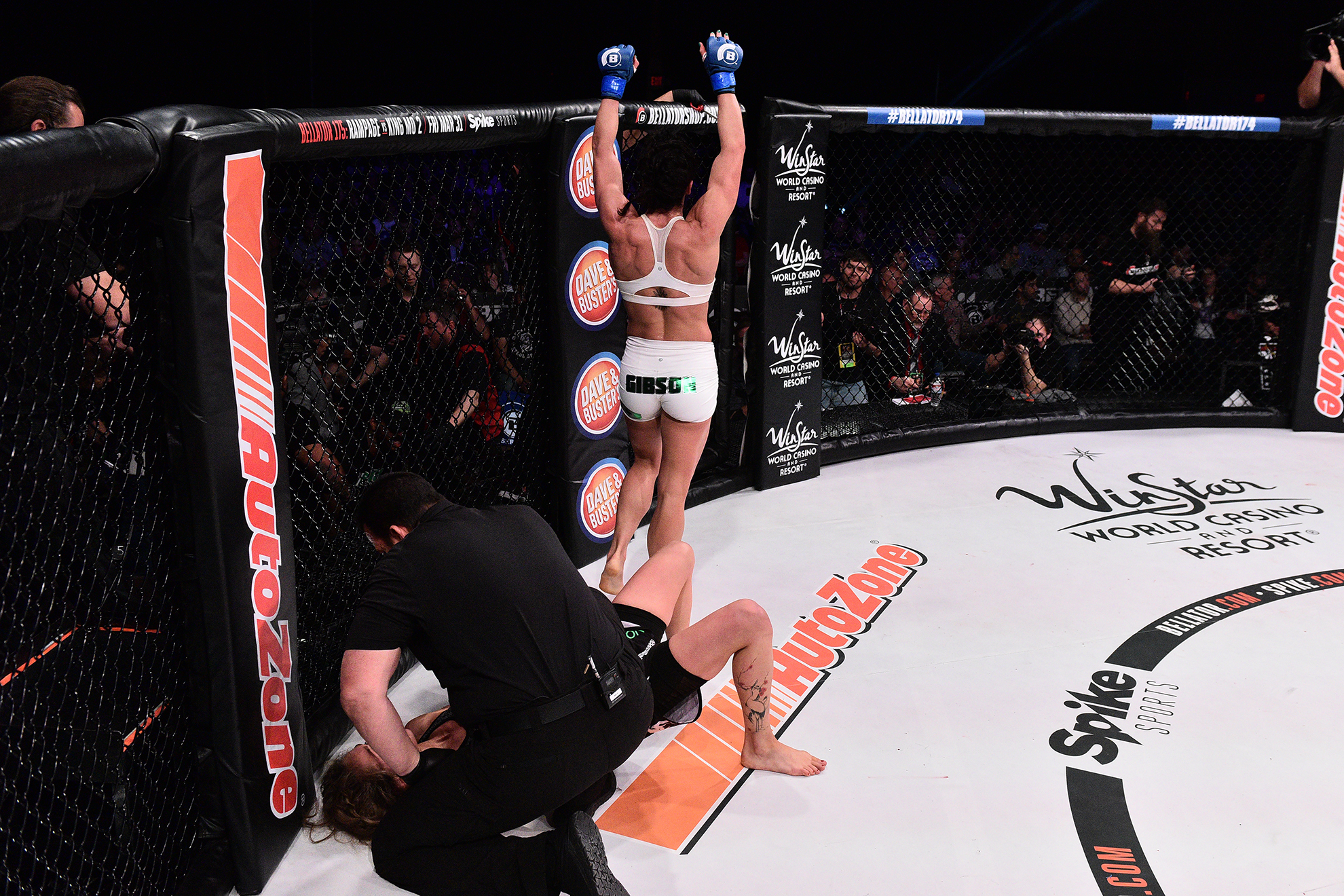 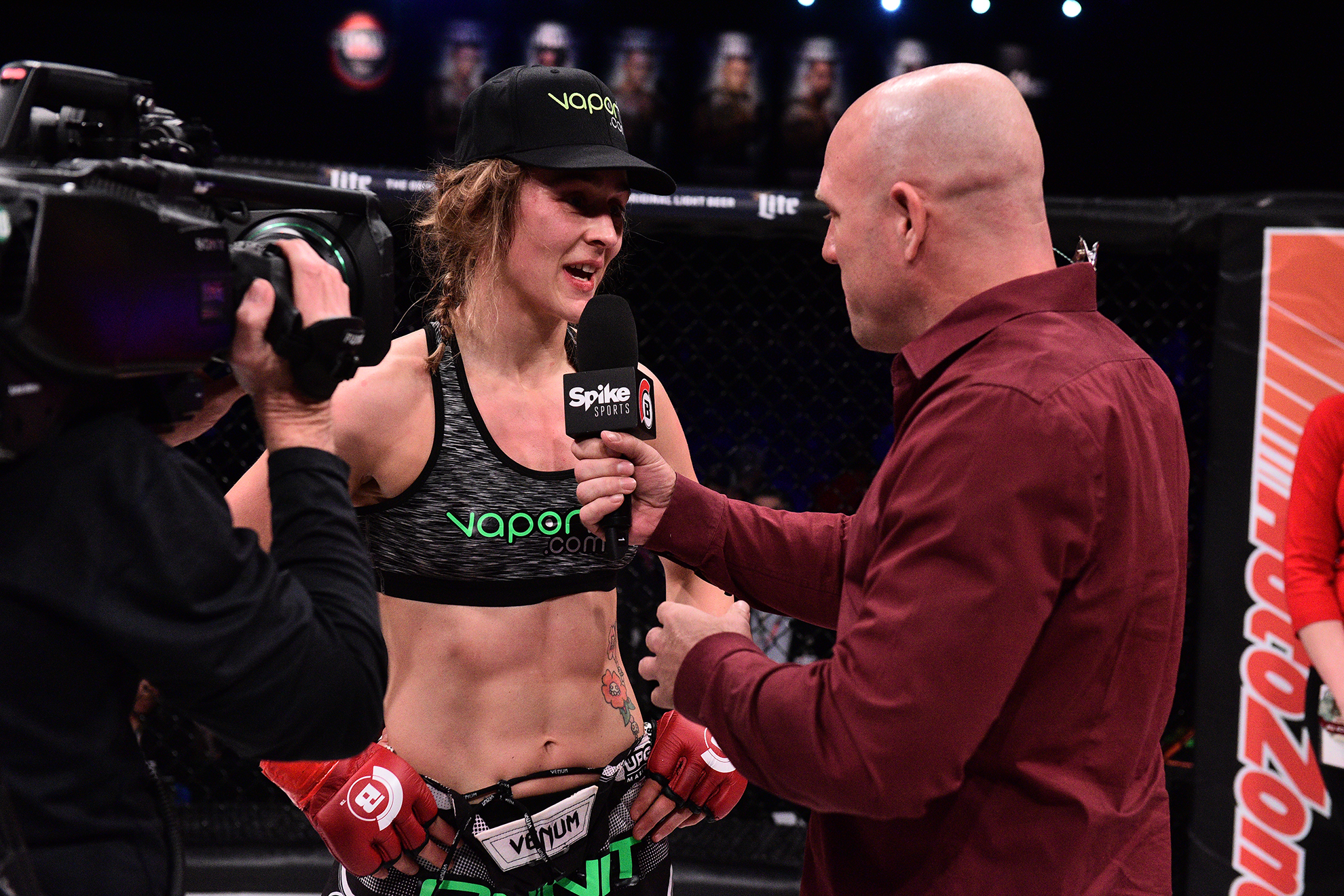 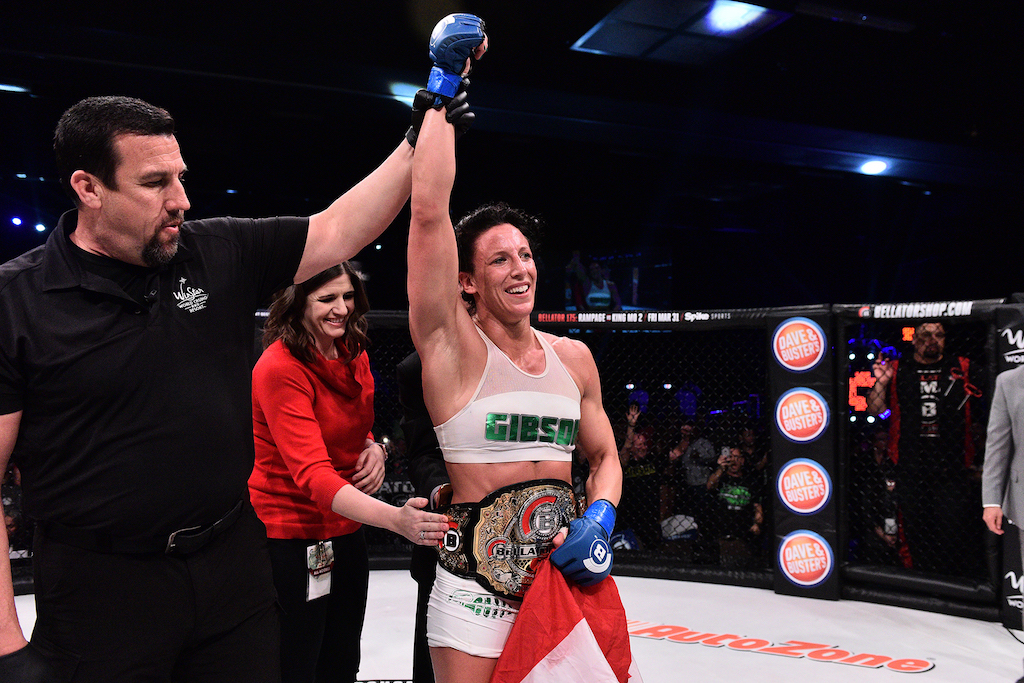 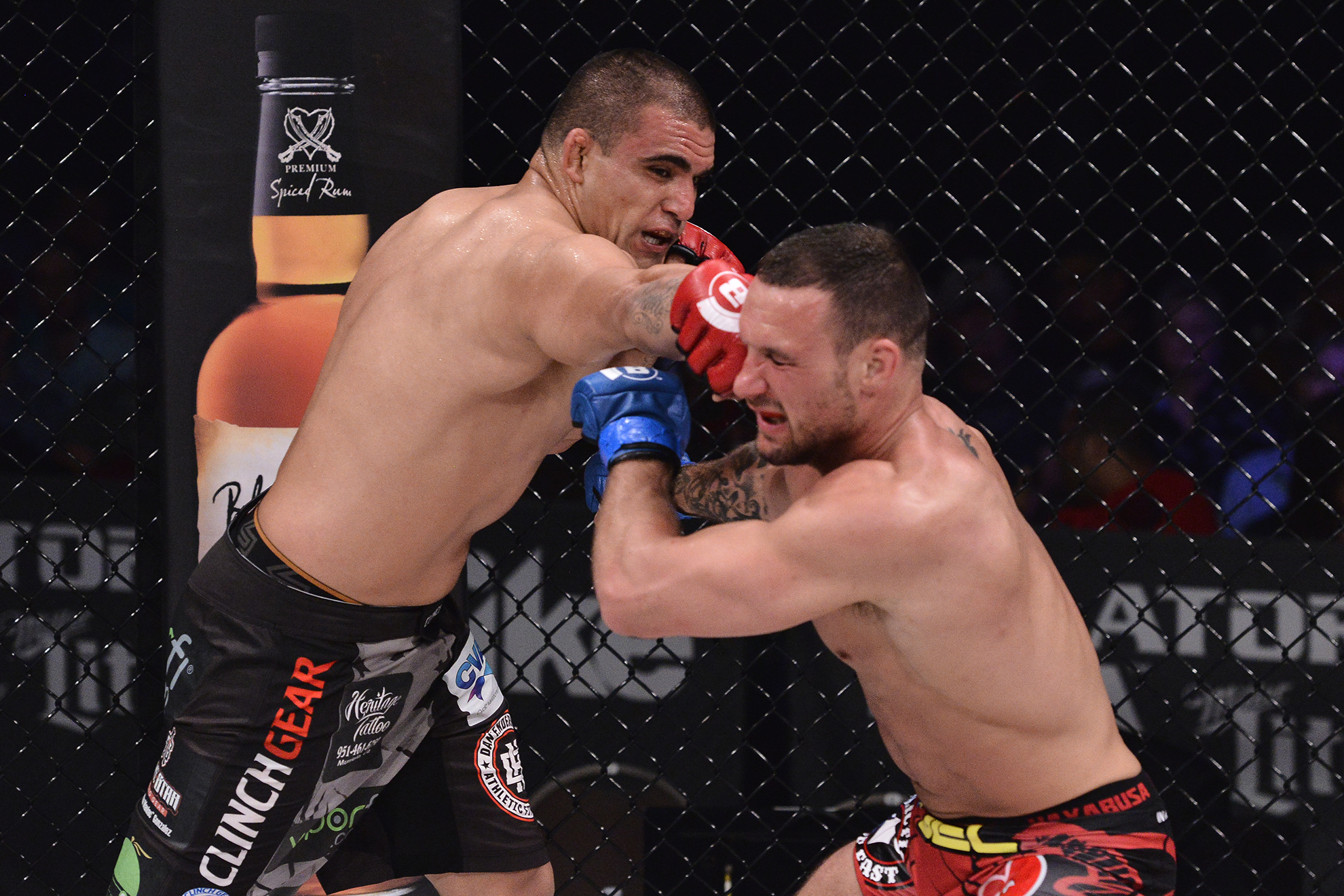 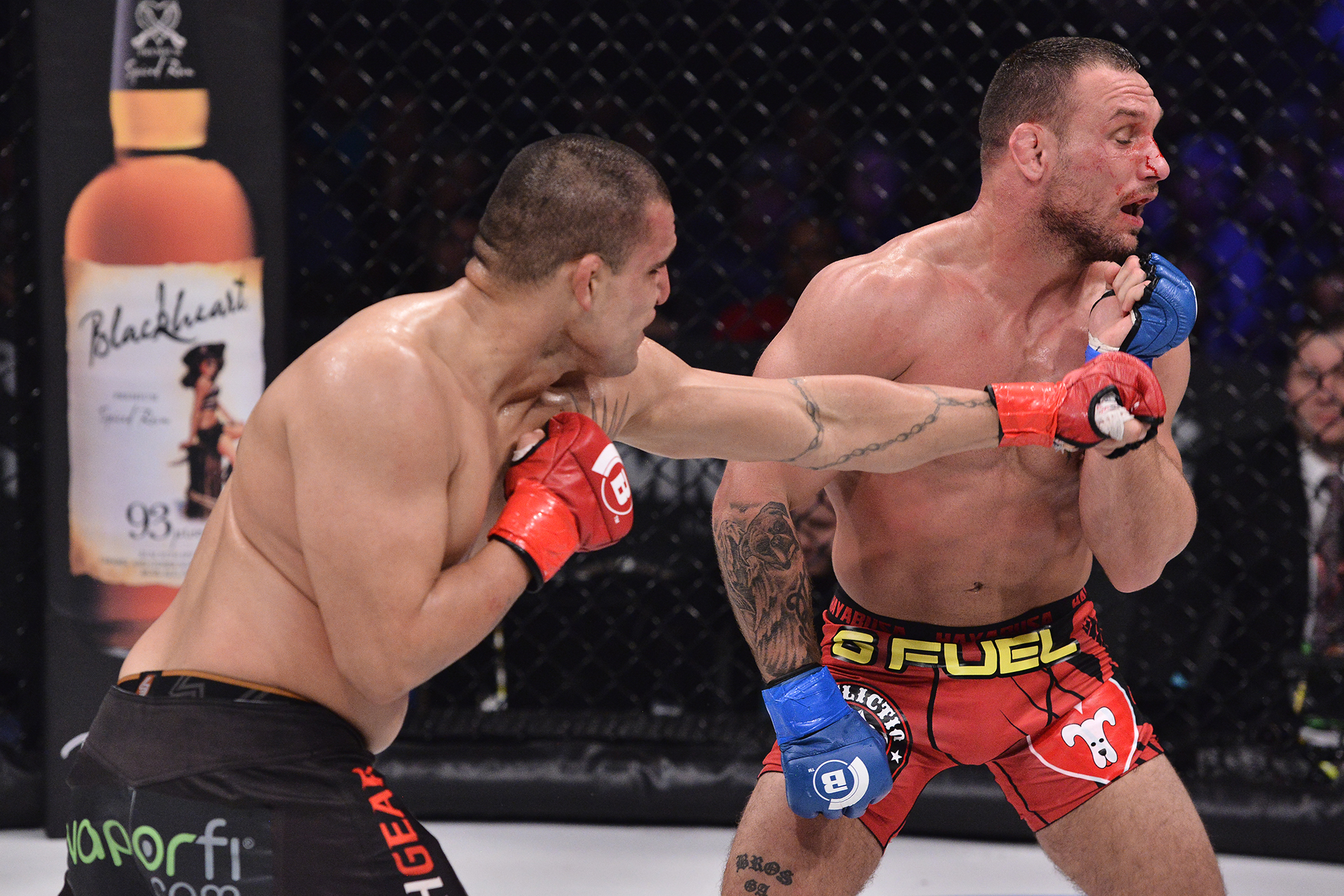 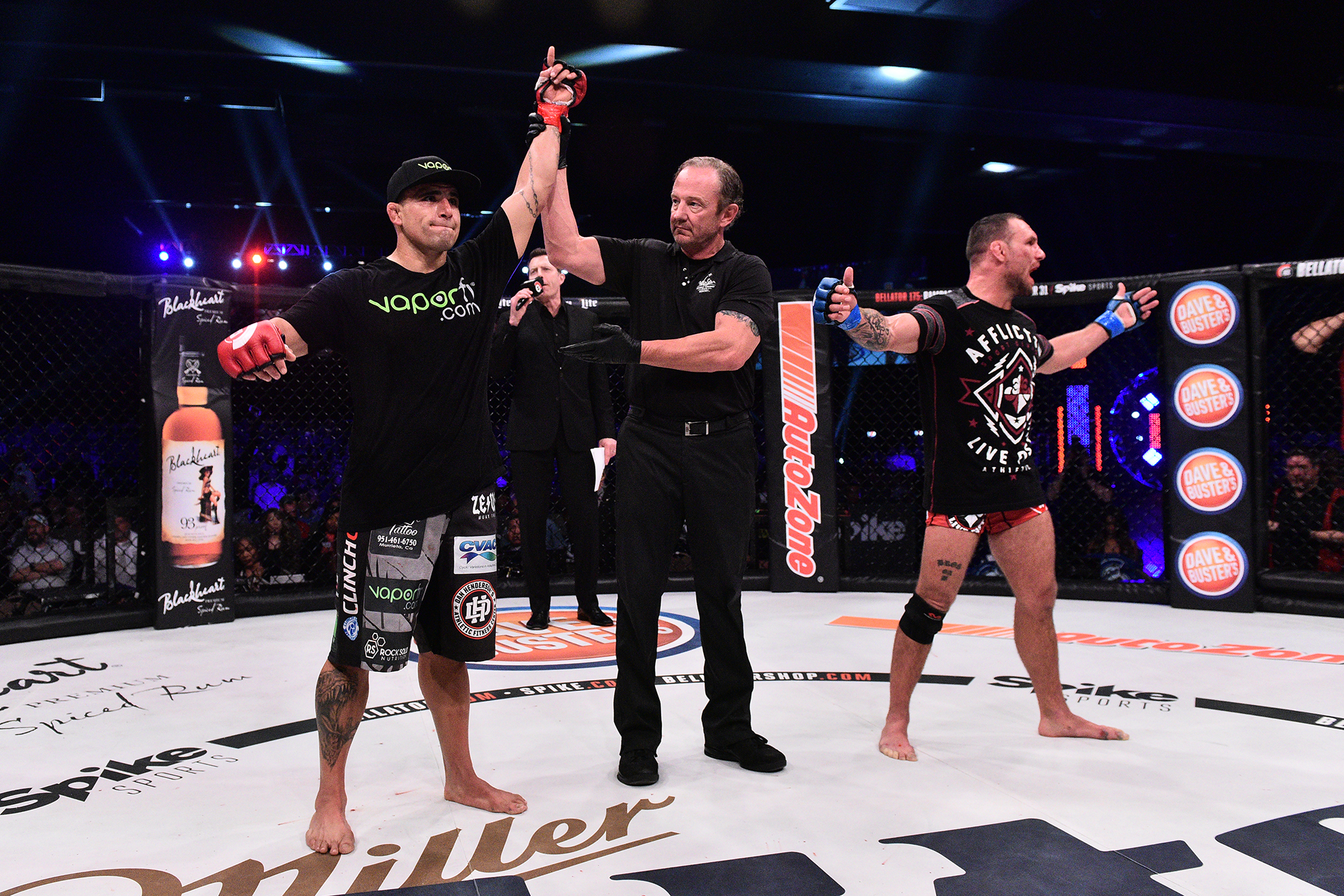 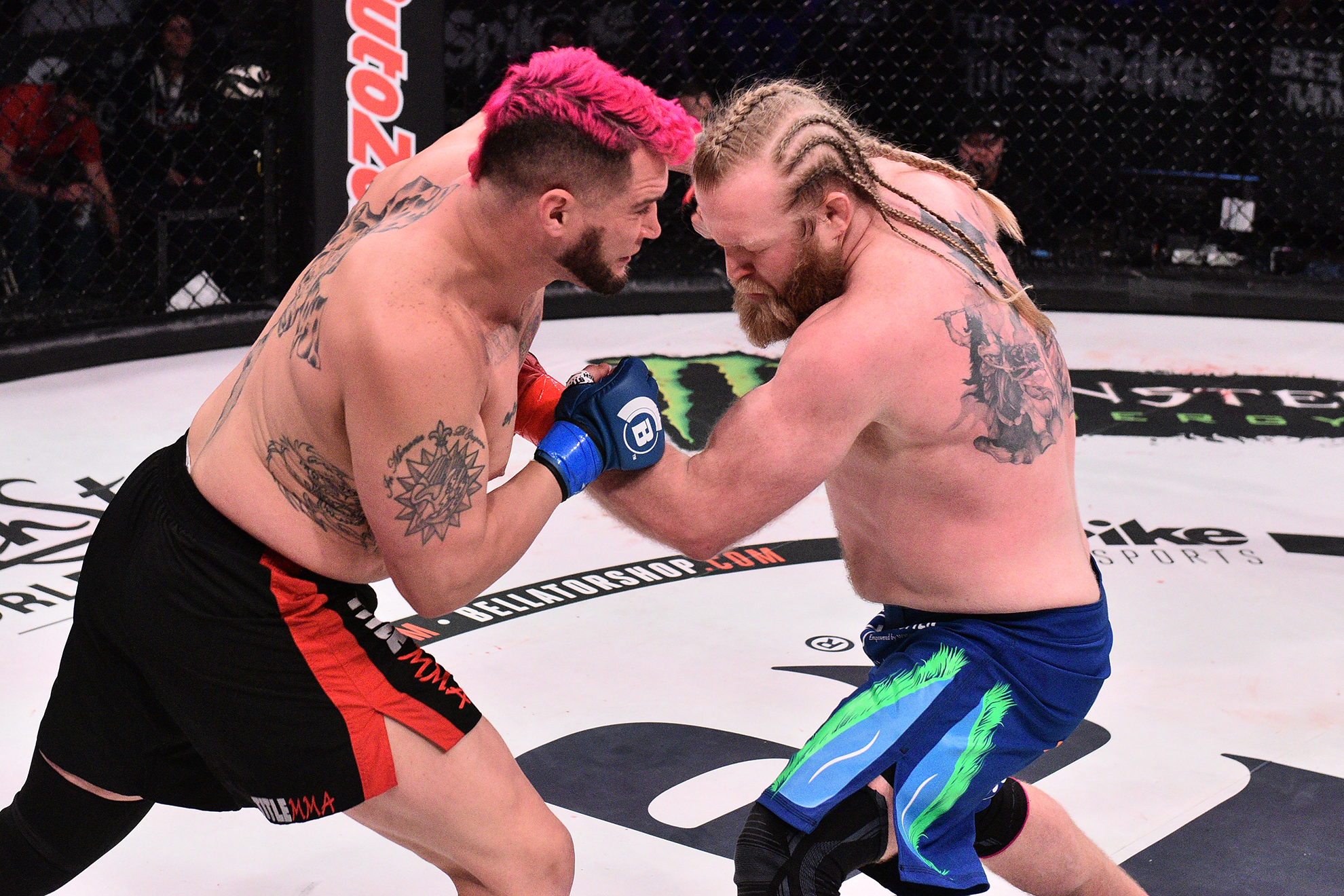 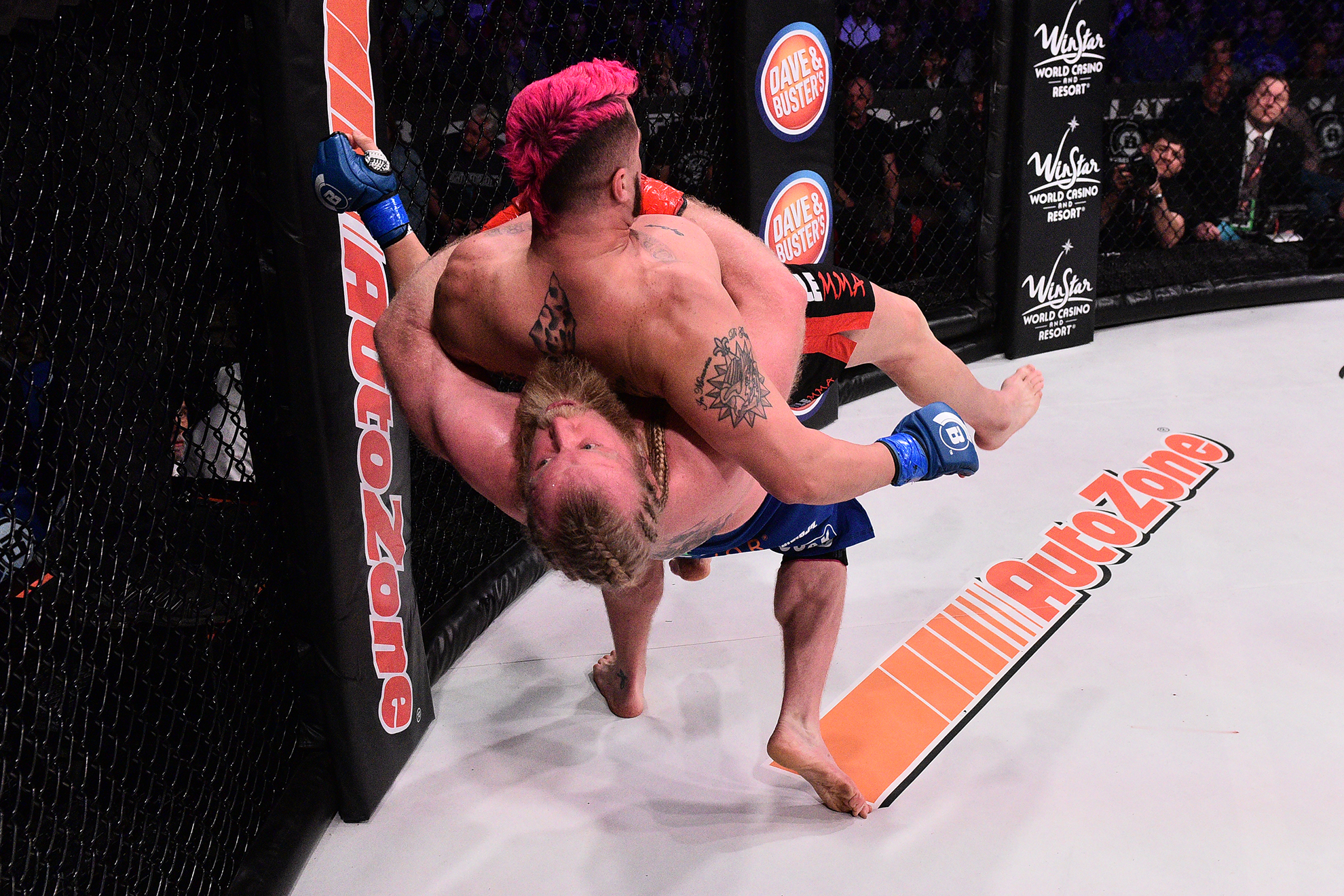 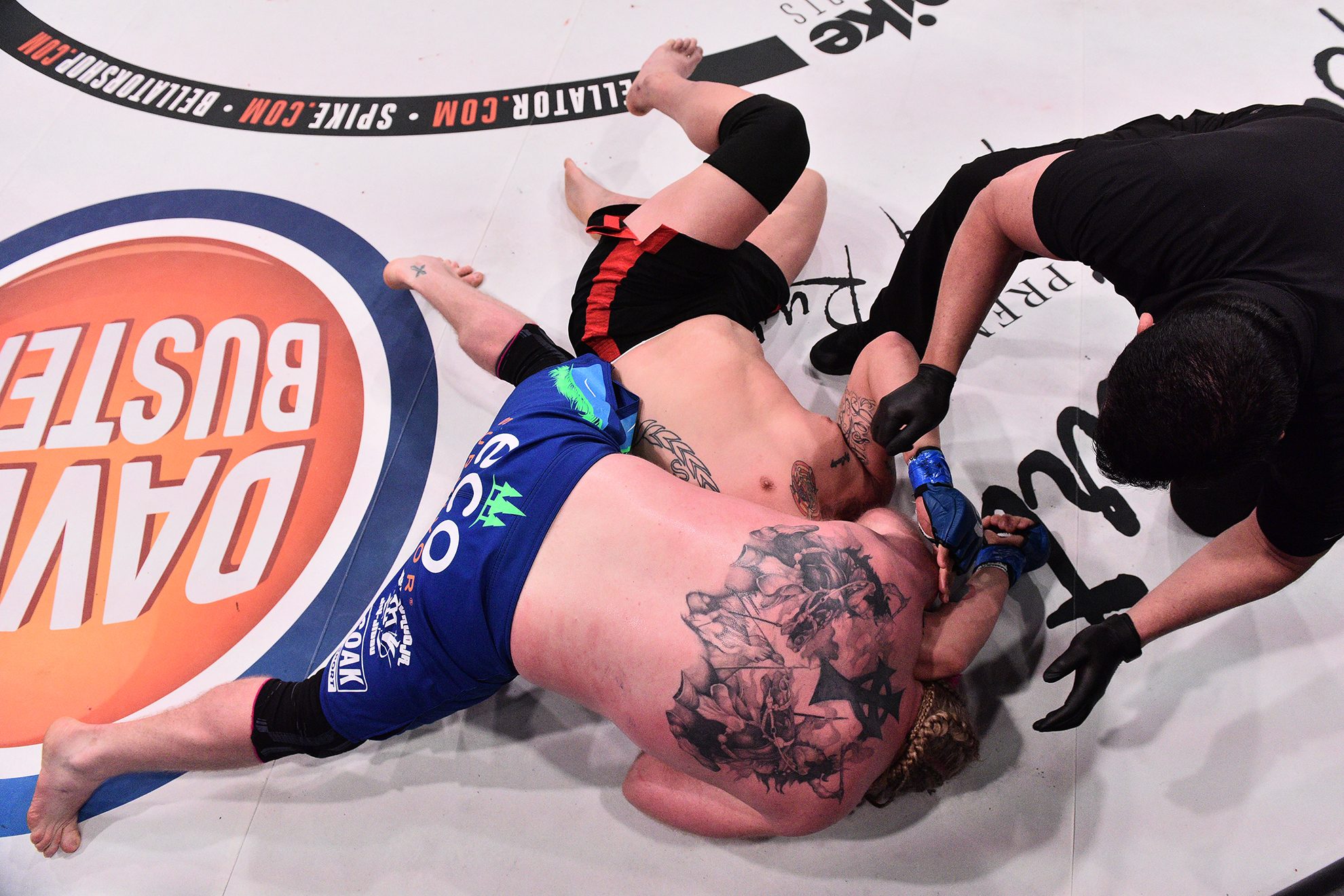 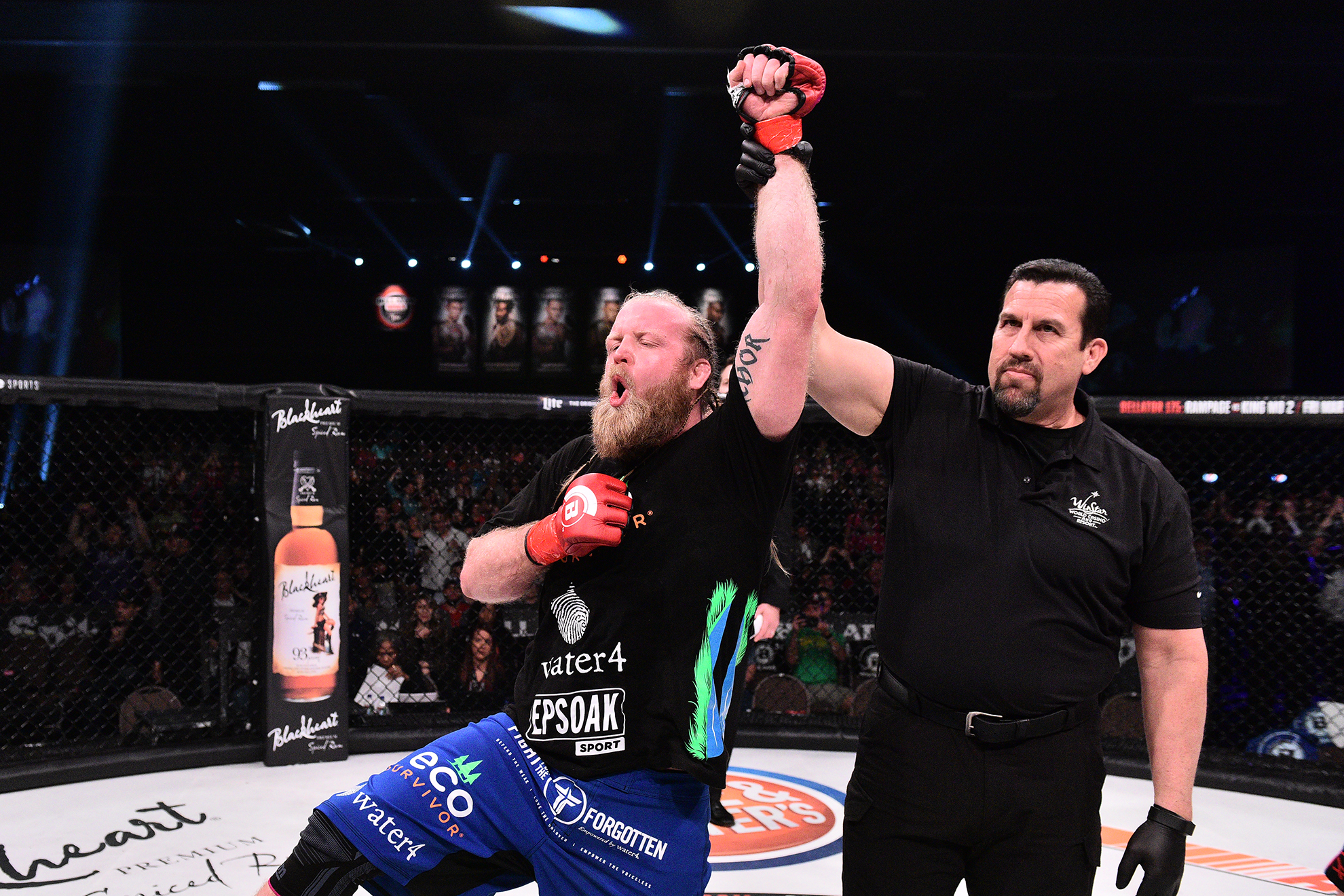 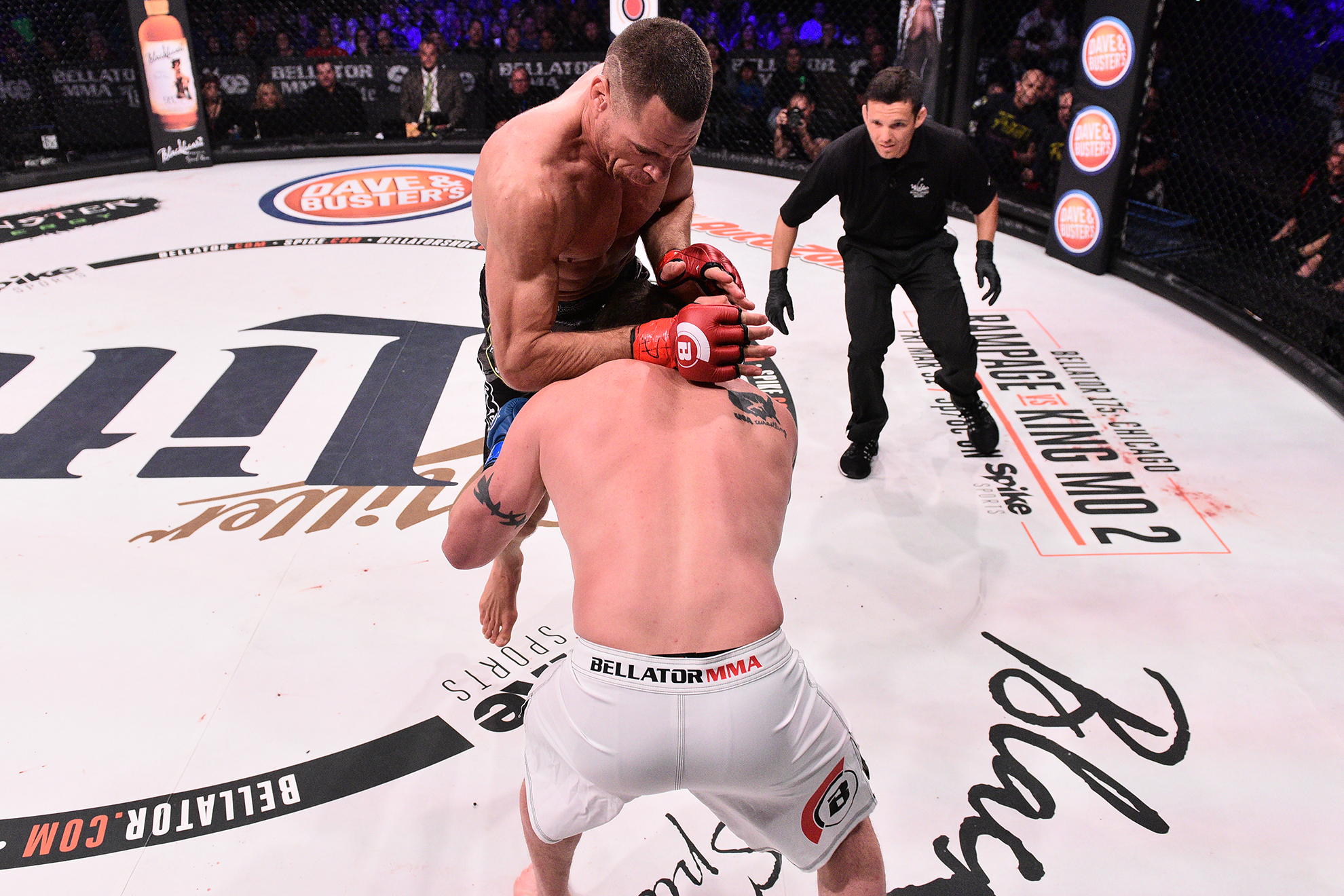 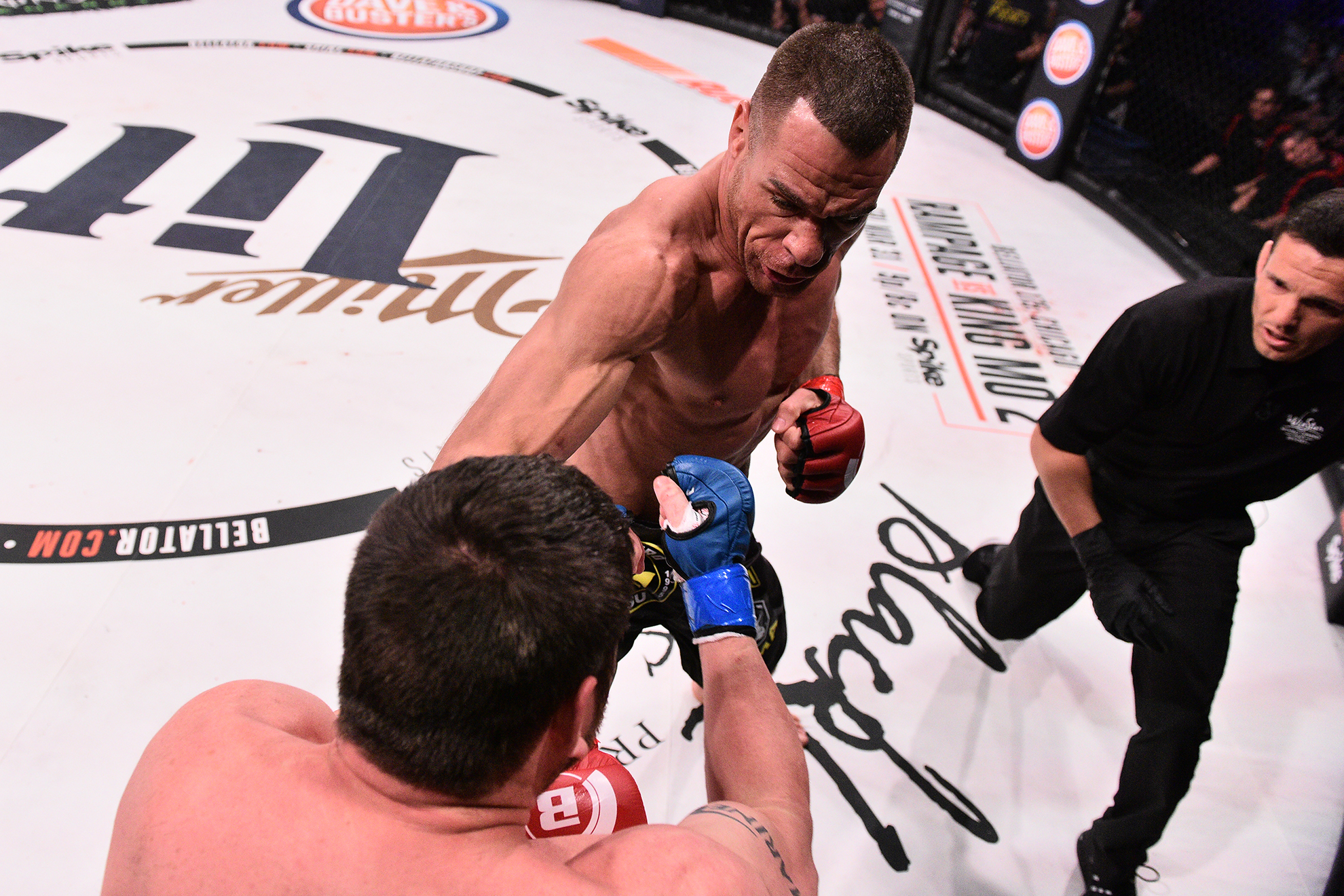 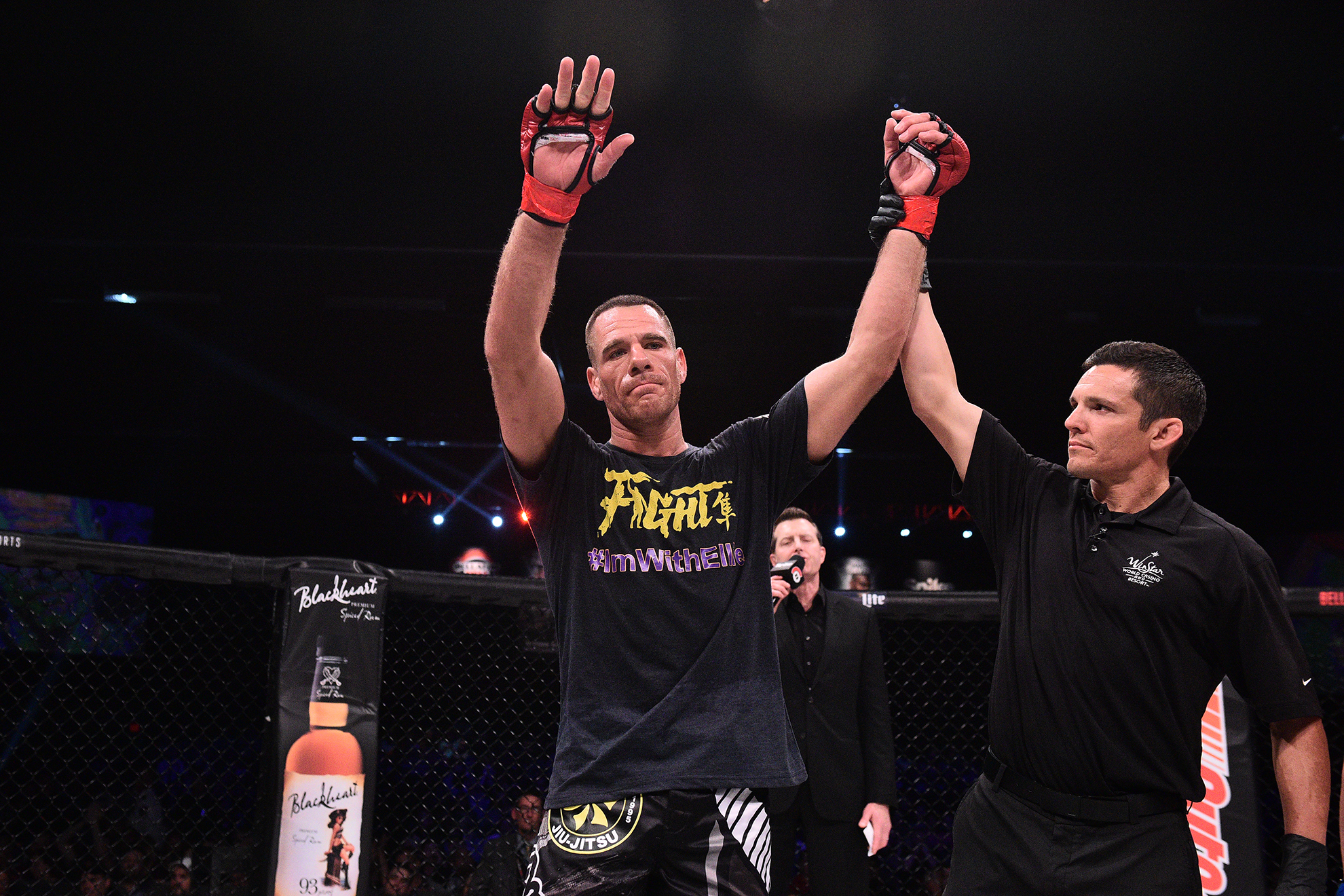 [] operator not supported for strings