GLORY Kickboxing held its maiden show of 2017 this past Friday at L.A. Live in Los Angeles, Calif. In the main event of GLORY 37 Middleweight king Jason Wilnis made a successful first title defense when he was awarded; in some people’s opinion, a controversial unanimous decision win over Israel Adesayna.

In the first kickboxing edition of Fights That Make Sense, we take Cor Hemmers’s role as matchmaker and give you a breakdown of the future fights that make sense for the GLORY 37 main card winners.

Fights That Make Sense after GLORY 37

In the aftermath of the champion’s first defense of his Middleweight championship, there have been calls for the defeated challenger Adesayna (65-4) to be granted an immediate rematch against the man nicknamed “Psycho.”

The New Zealander treated fans to a masterclass in movement as he picked apart the champion with numerous low kicks and combinations and would outwork Wilnis despite not having everything his own way with the champion countering with powerful combinations of his own.

Despite the controversy surrounding the bout, it seems likely a rematch with former champion Simon Marcus, seems the most likely outcome with the Jamaican-Canadian fighter revealing to MMA Plus’ Michael Stets, he is in discussions with GLORY management to fight the winner of the GLORY 37 main event.

A chance to reclaim the Featherweight title that was stripped after he failed to make weight Glory 37 weigh-ins must surely be on the cards for the Dutchman. Despite the setback, the 27-year-old was in imperious form as he scored a 4th round TKO stoppage over Matt Embree to reaffirm his status atop GLORY’s 143-pound division.

A fight with fellow Featherweight Giga Chikadze could be on the cards for “Pokerface,” with the Georgian opening the GLORY 37: SuperFight Series with a brutal victory. He scored a devastating 1st Round KO [liver kick] over multiple time Muay Thai world champion Victor Pinto.

Despite being ranked No. 7 by GLORY, Chikadze (37-5-0) stopped his third opponent in a row with the now famed ‘Giga Kick’ and the 28-year-old would make for an interesting stylistic match-up for van Roosmalen. 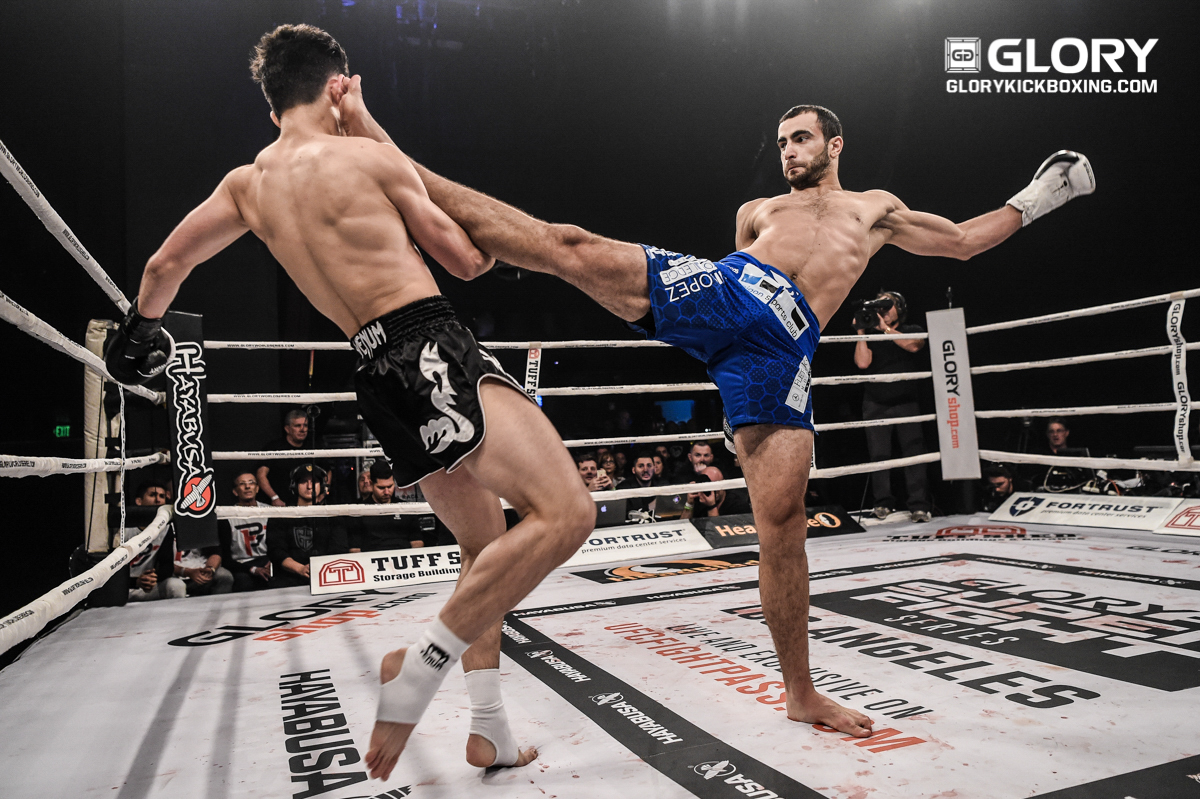 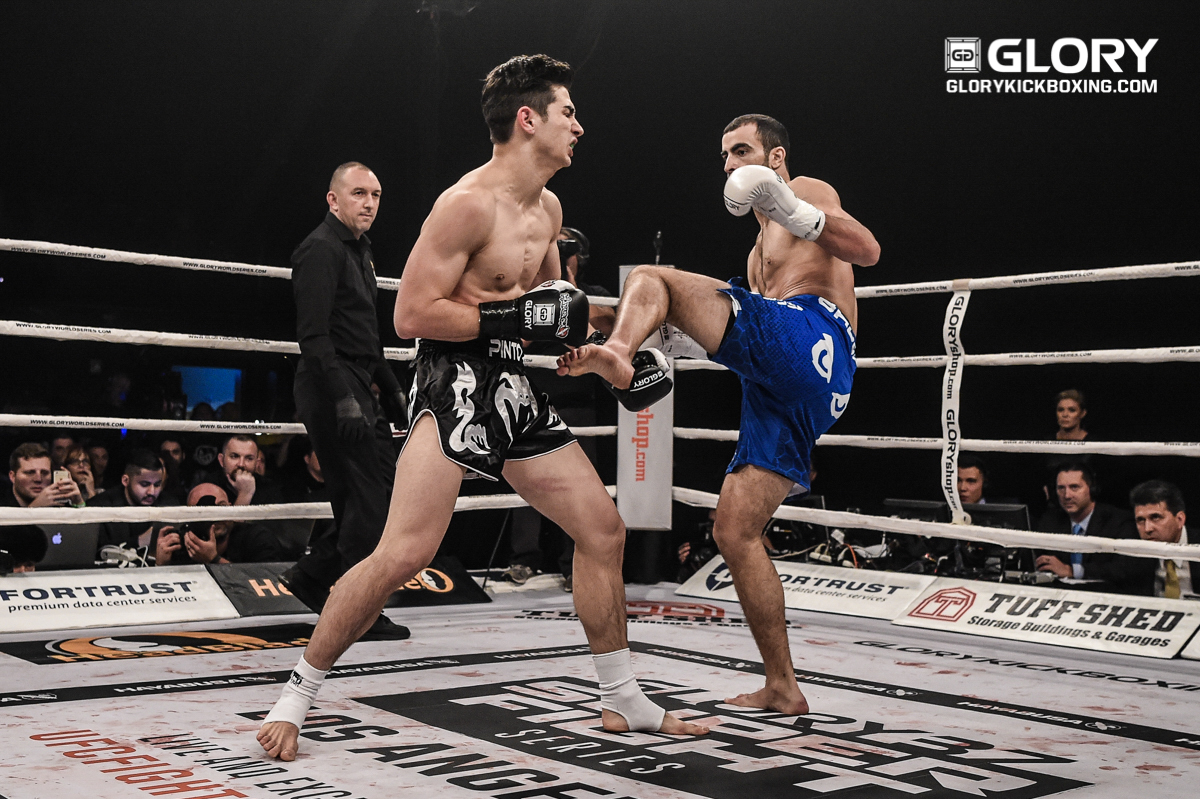 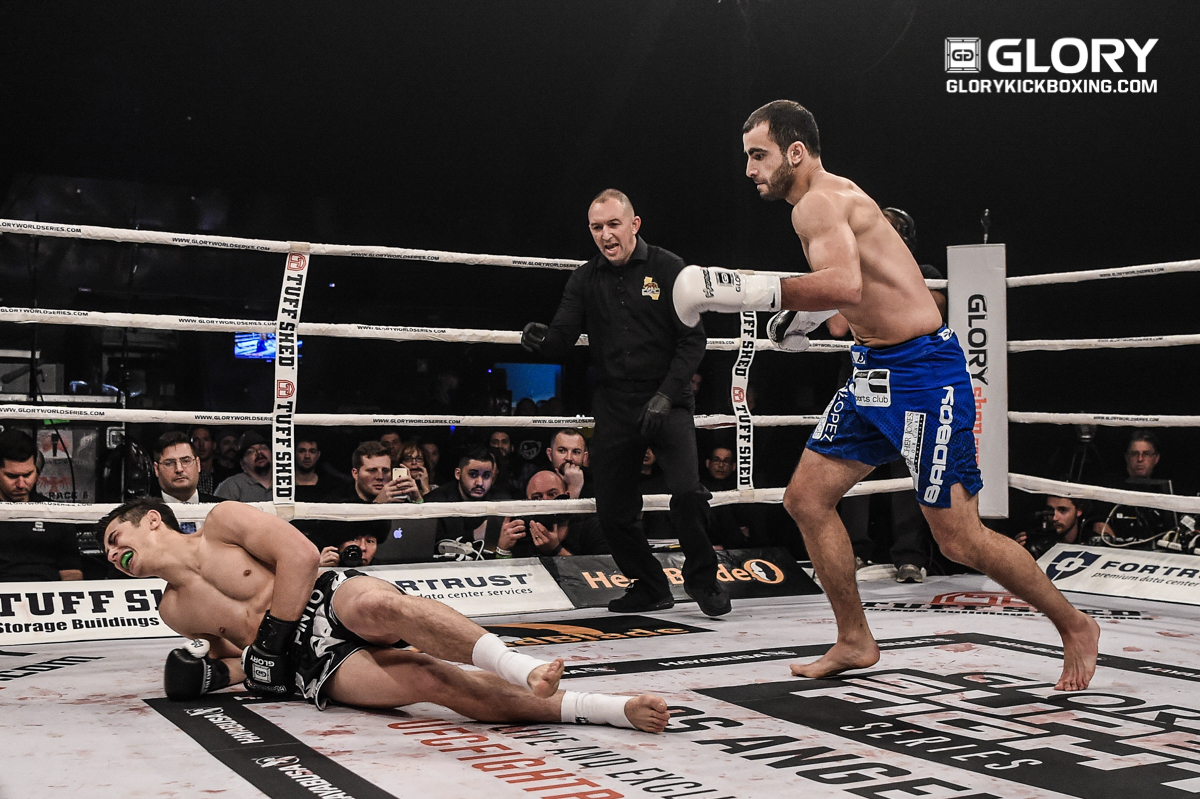 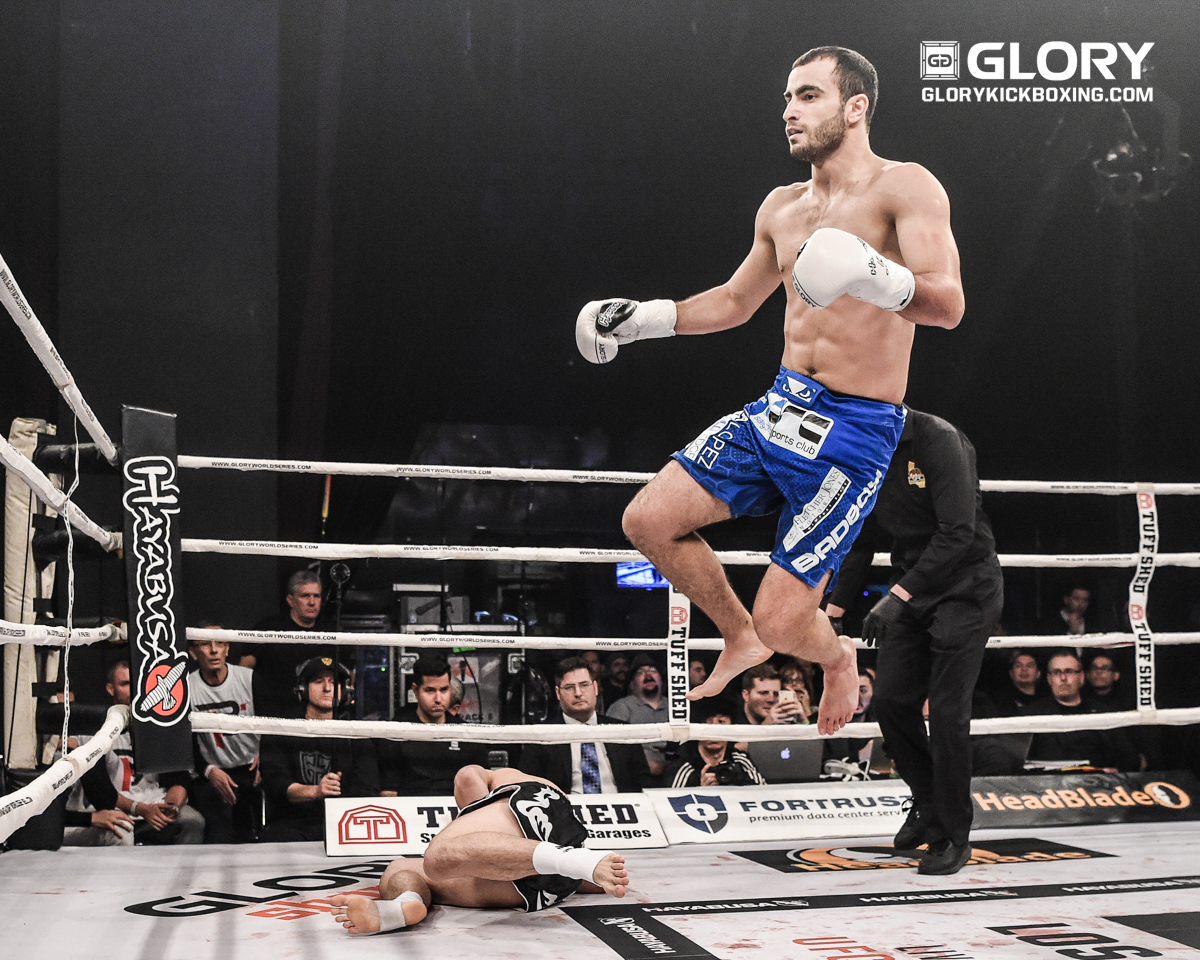 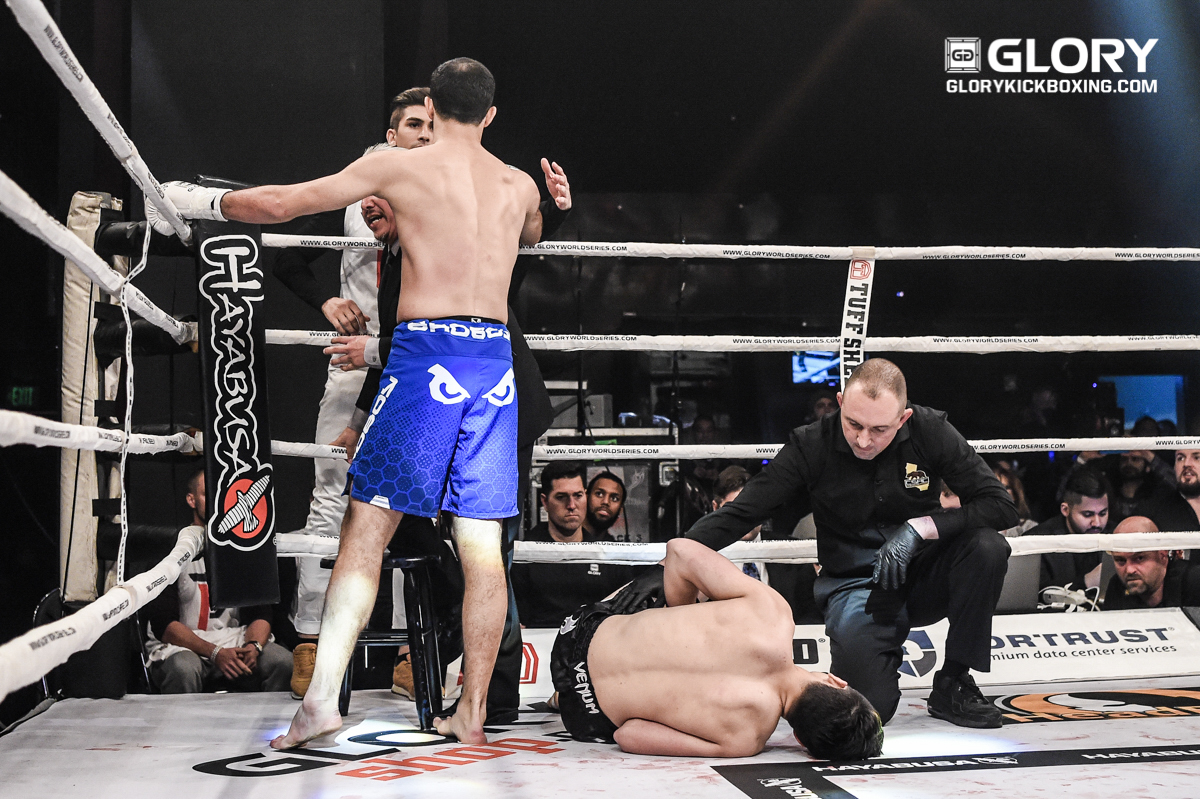 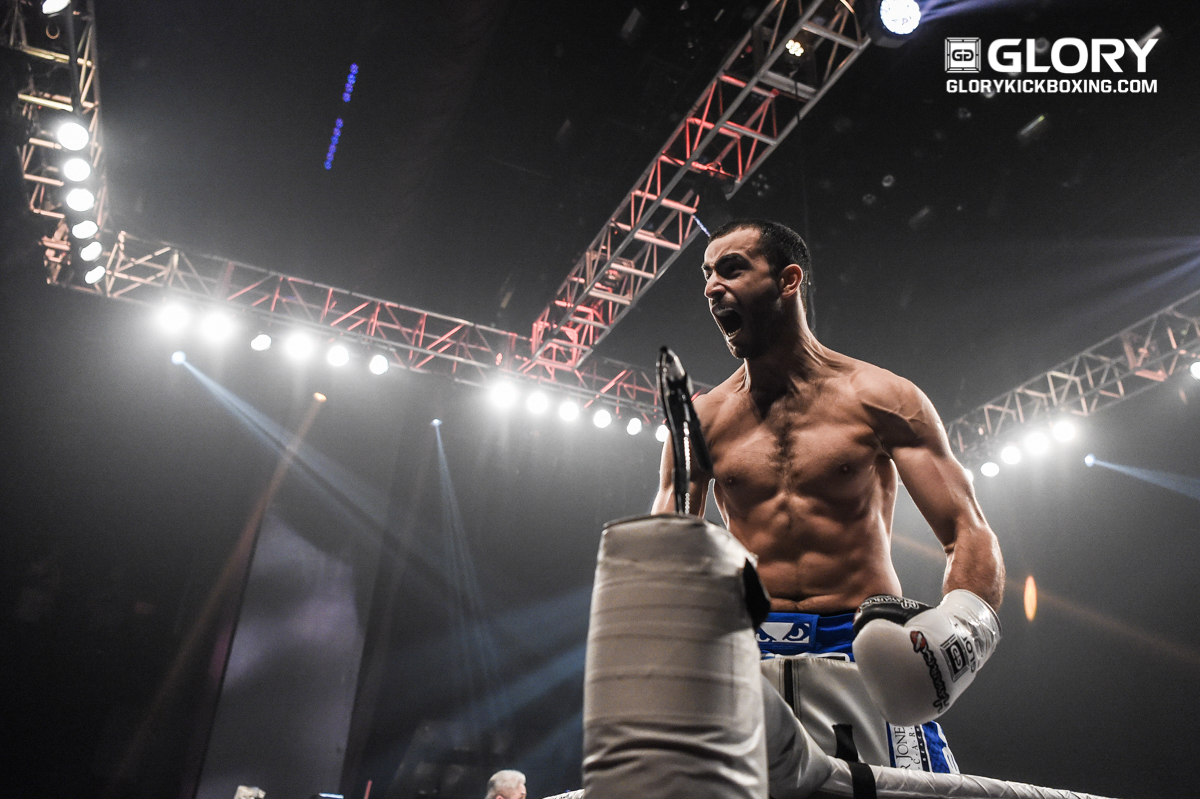 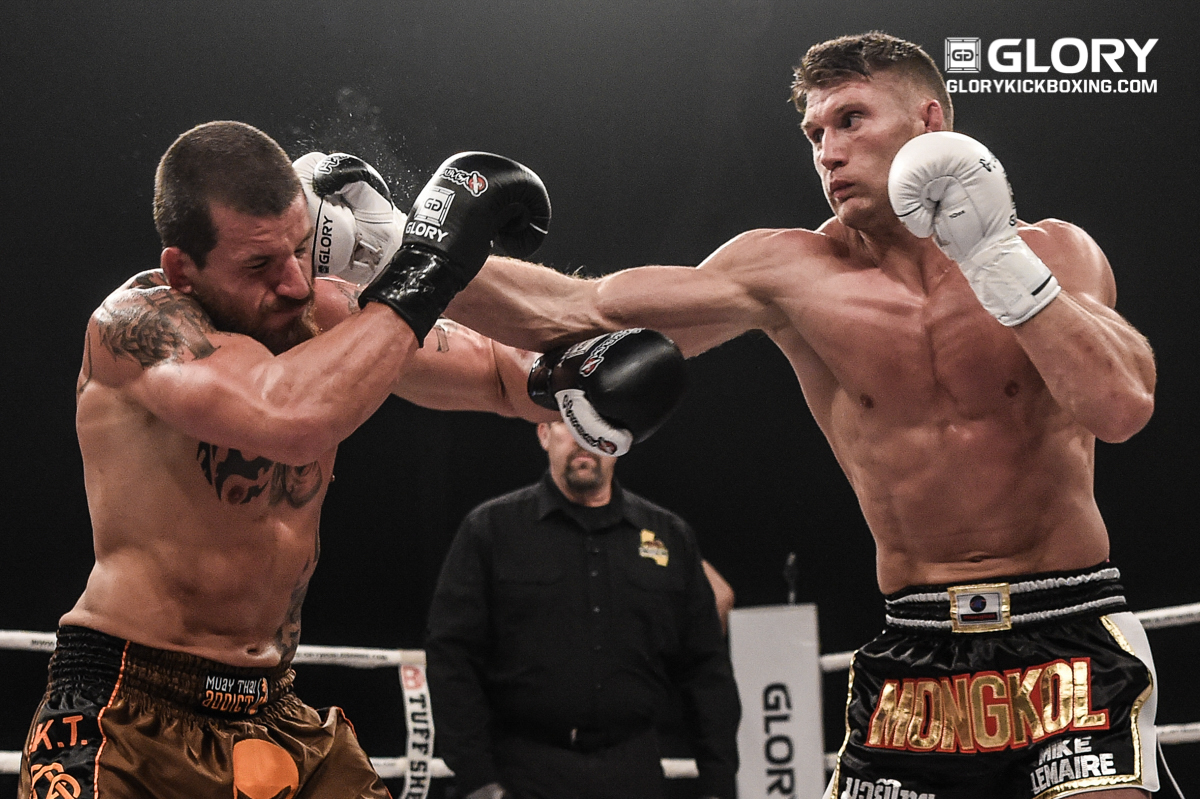 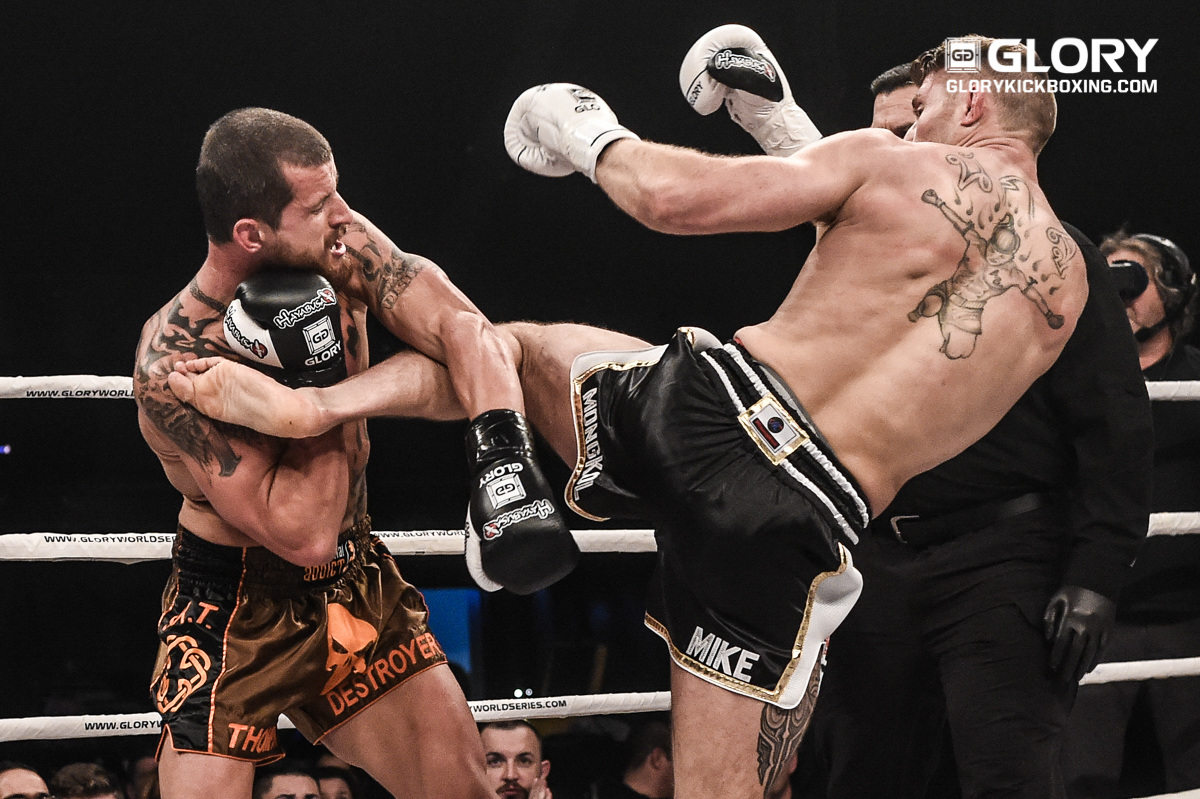 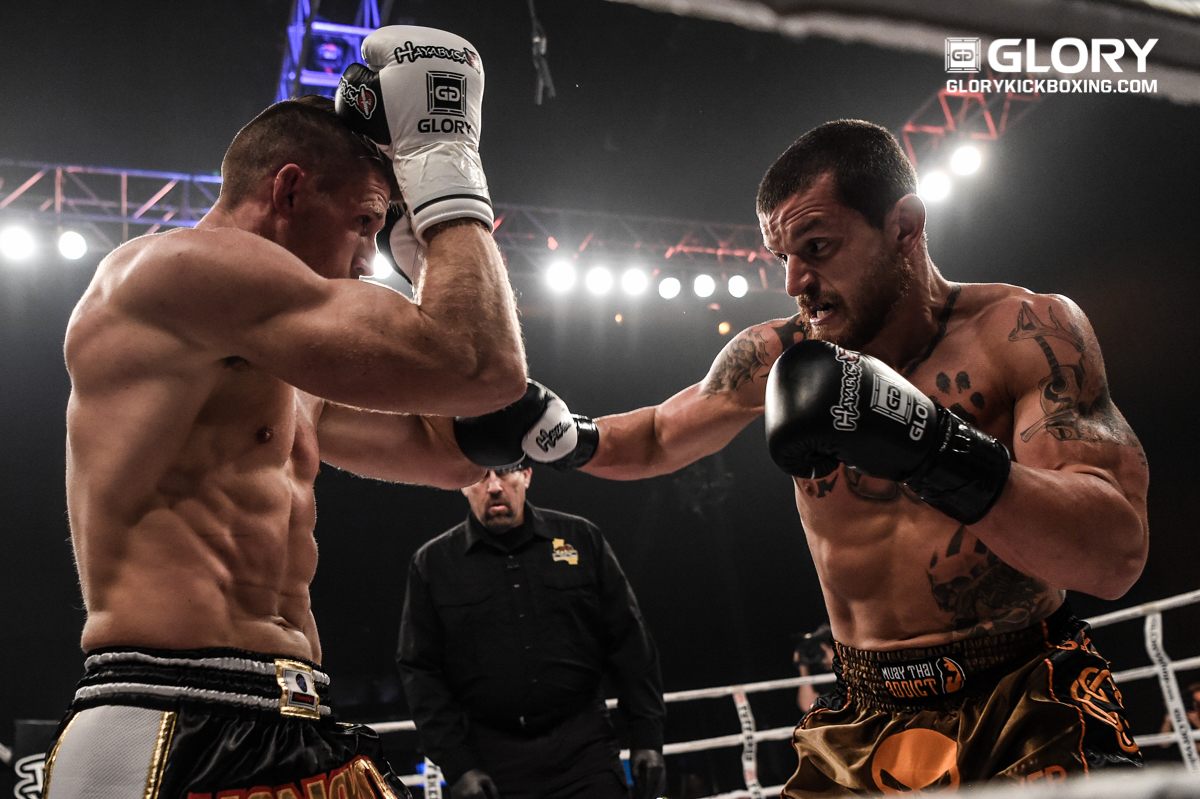 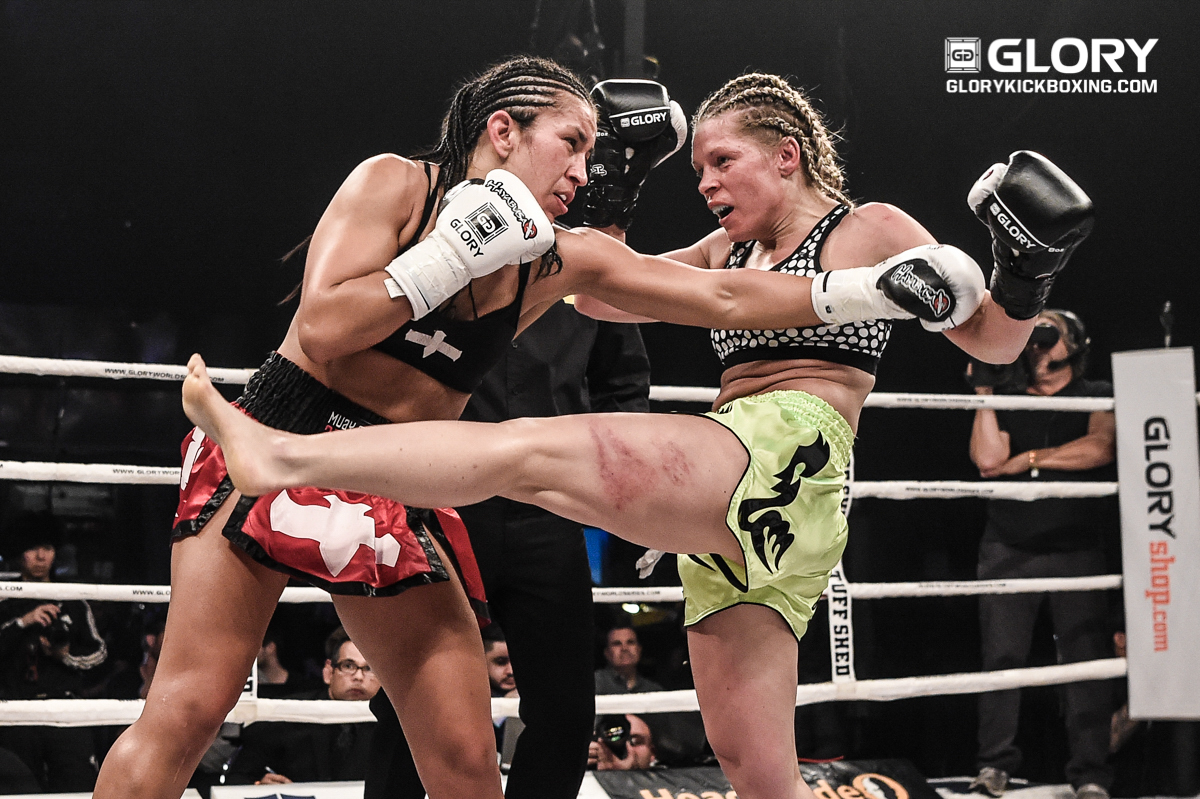 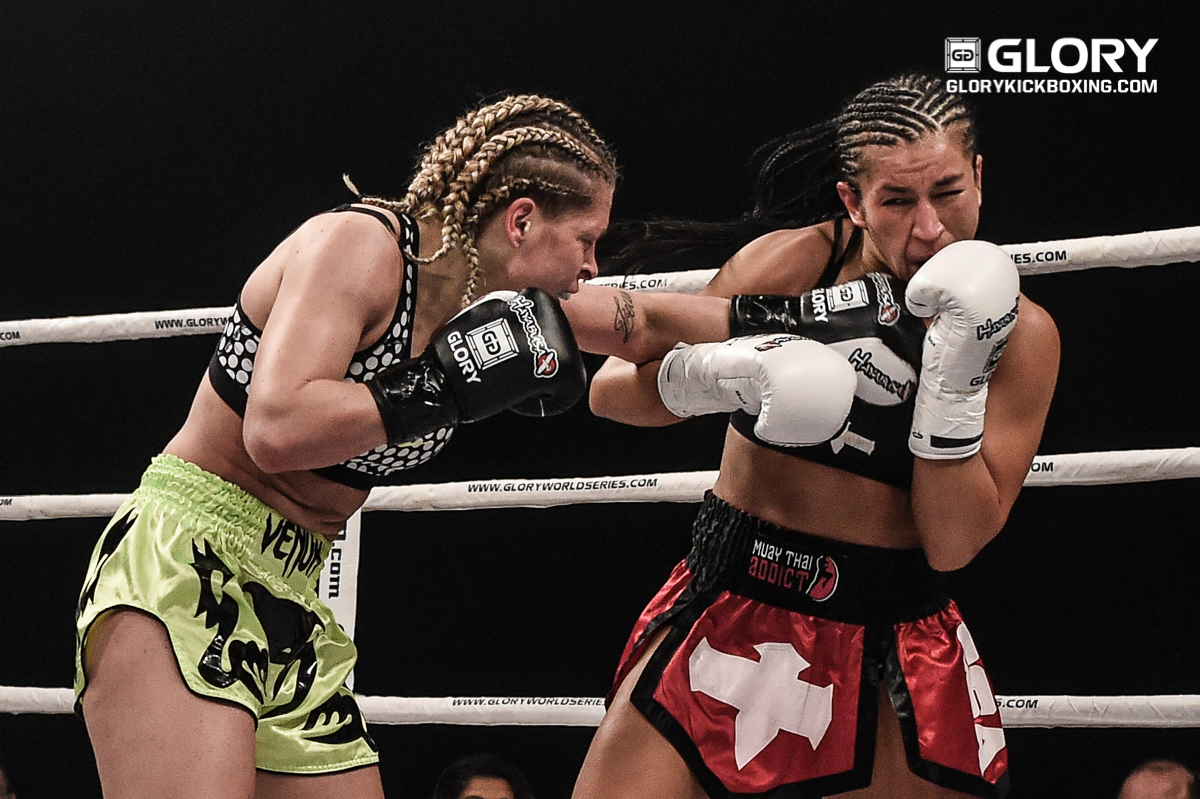 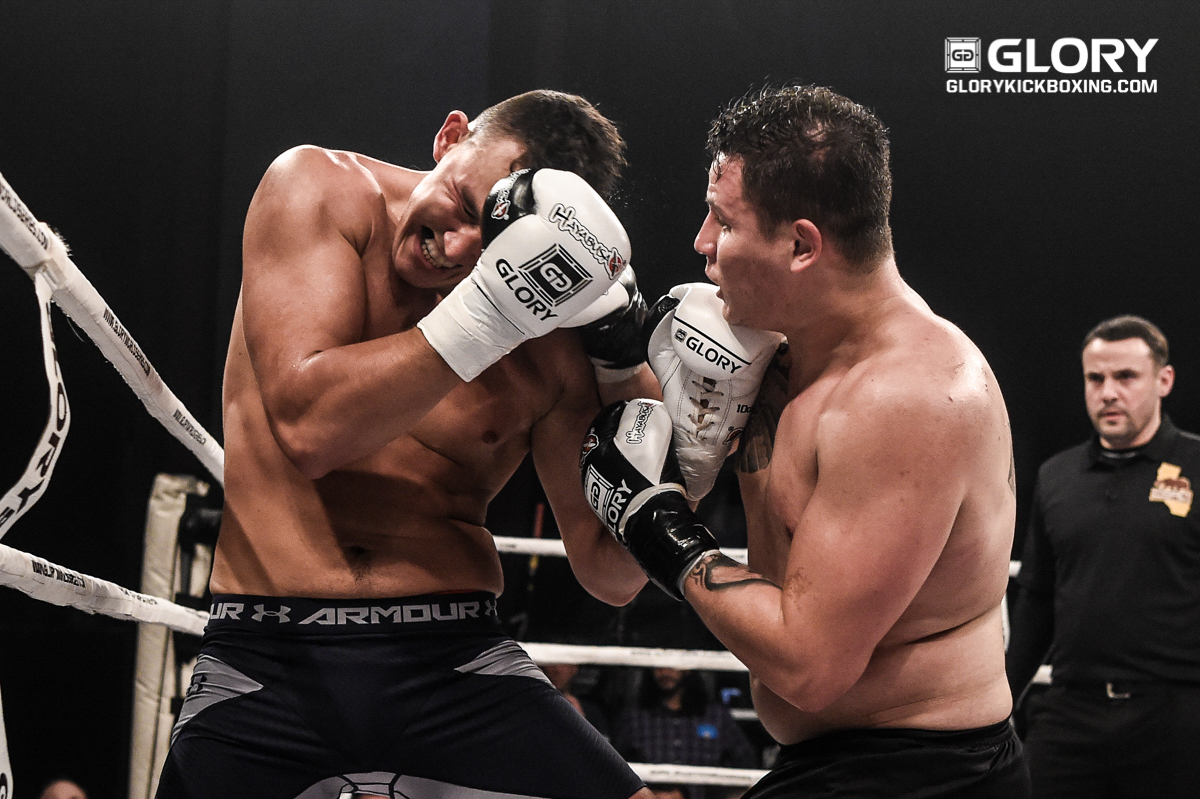 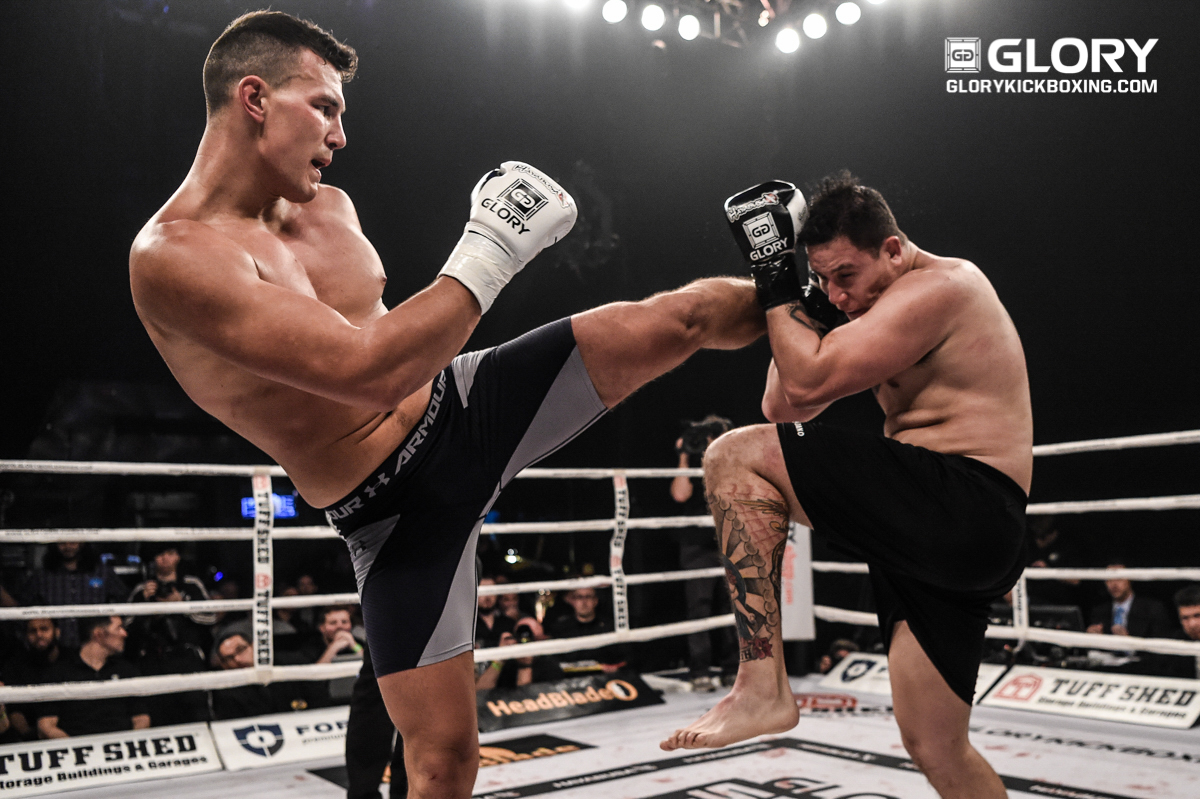 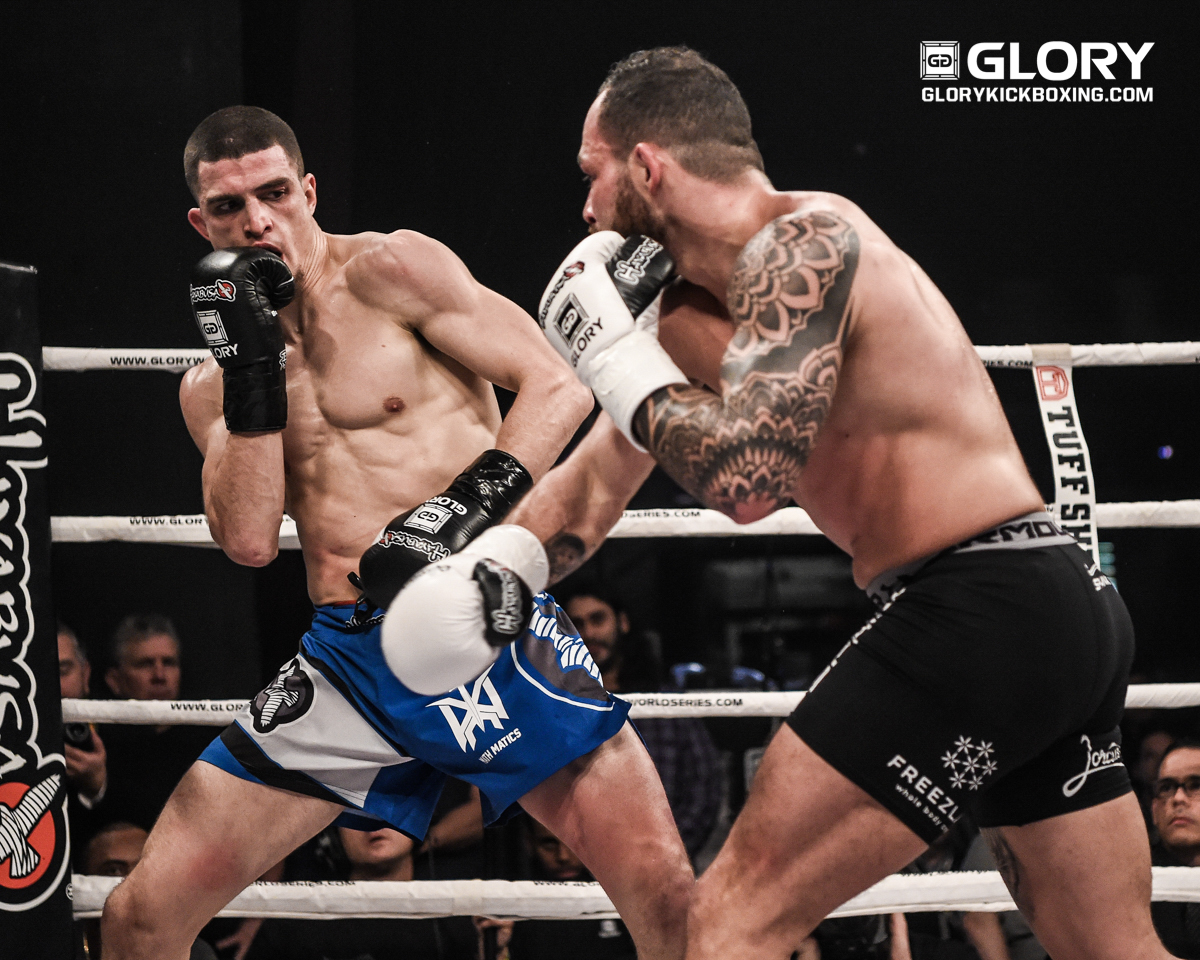 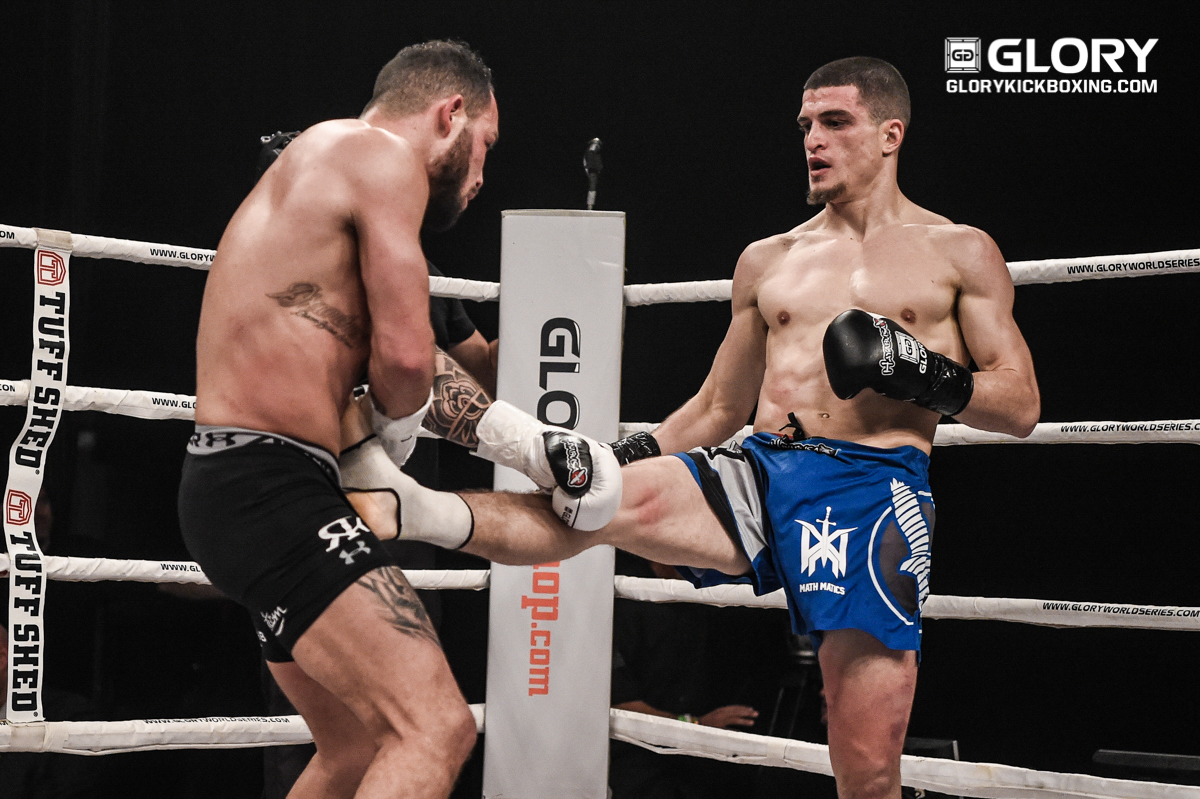 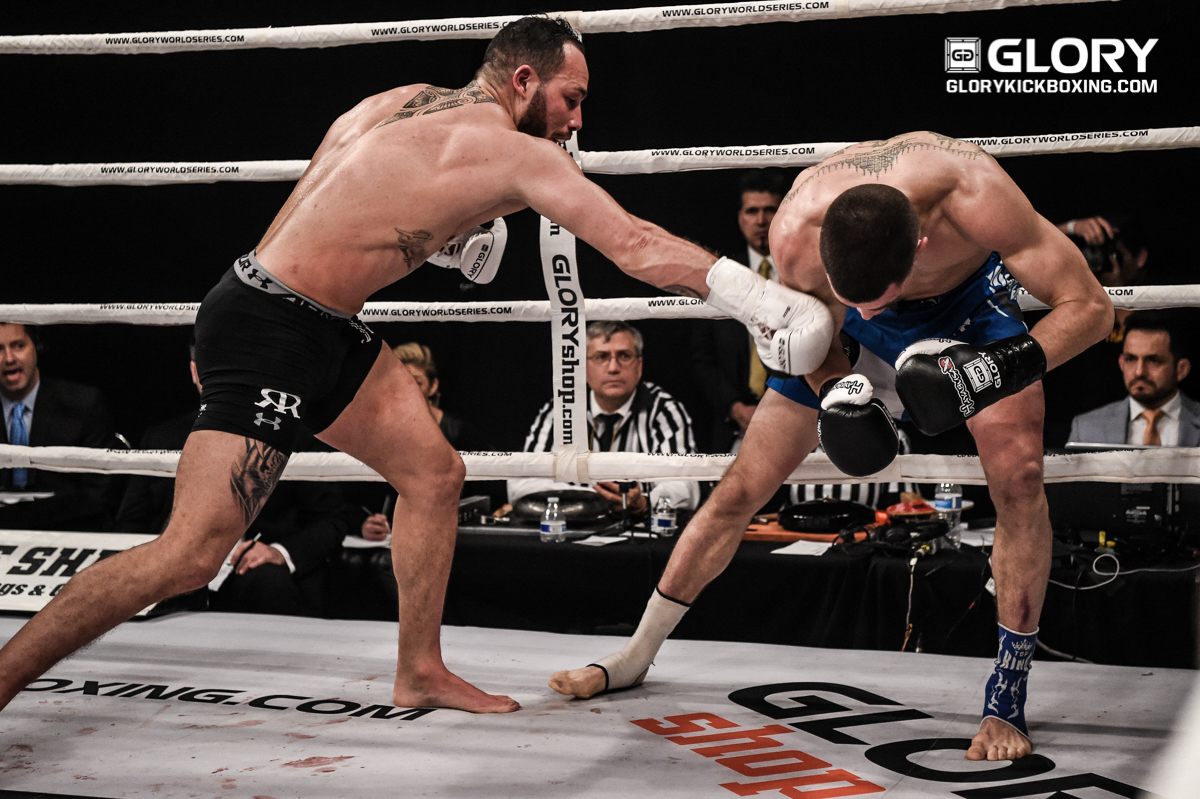 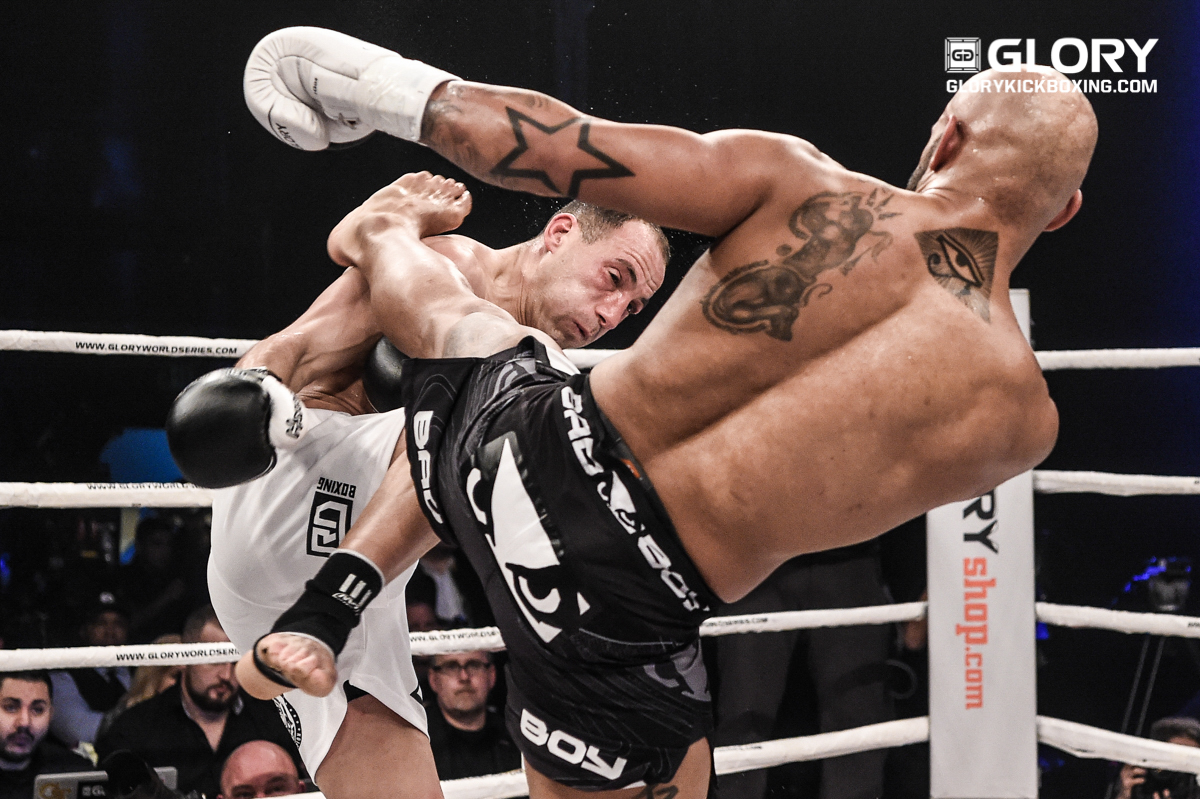 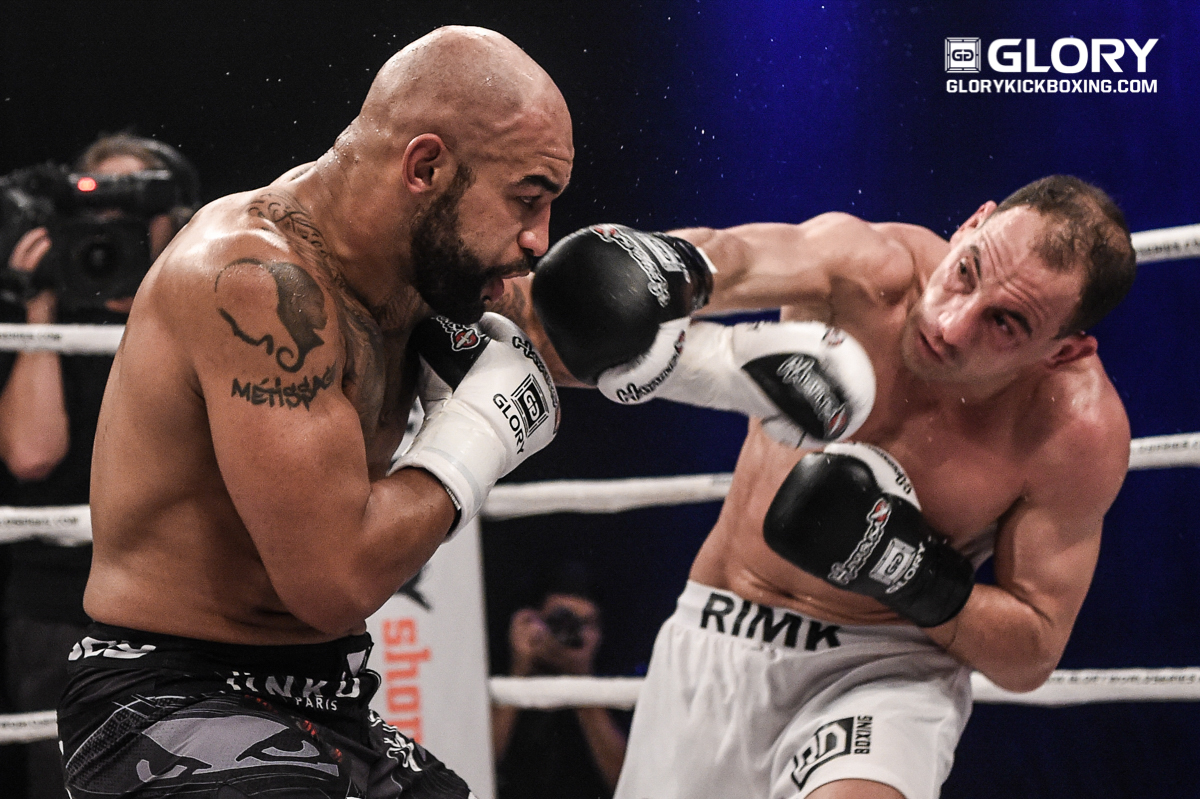 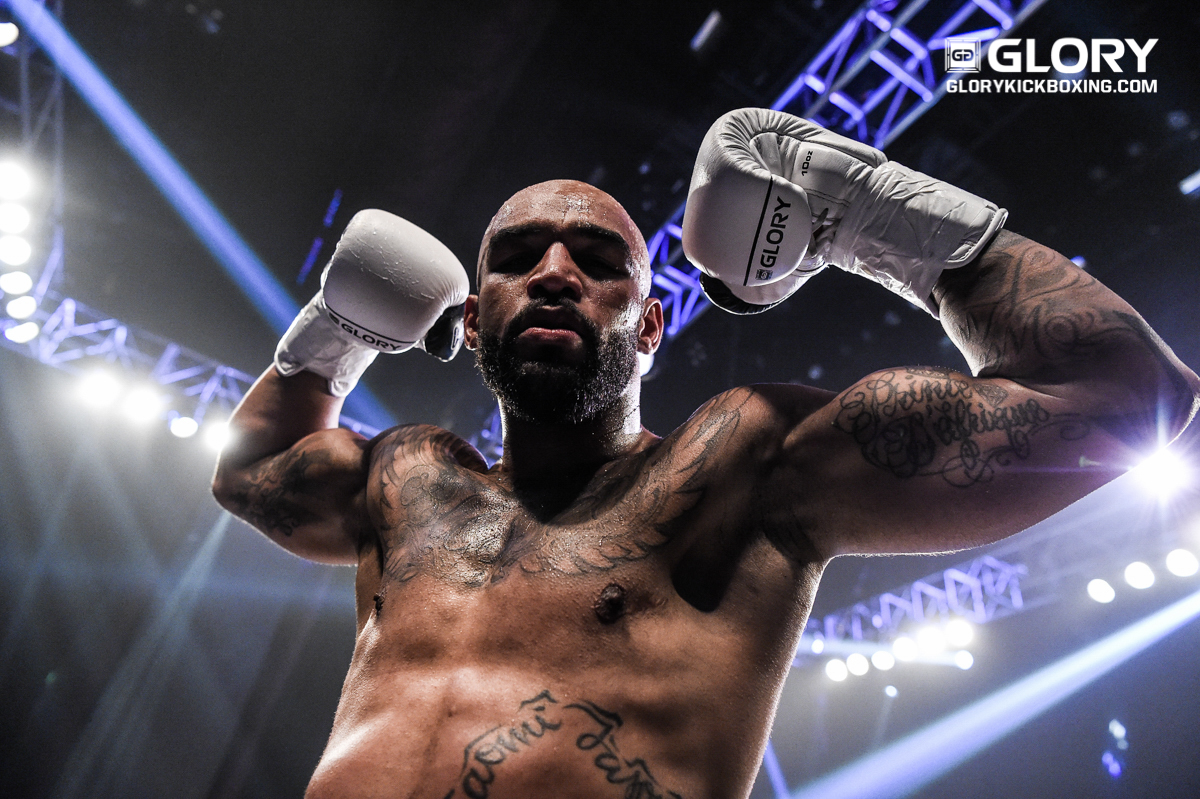 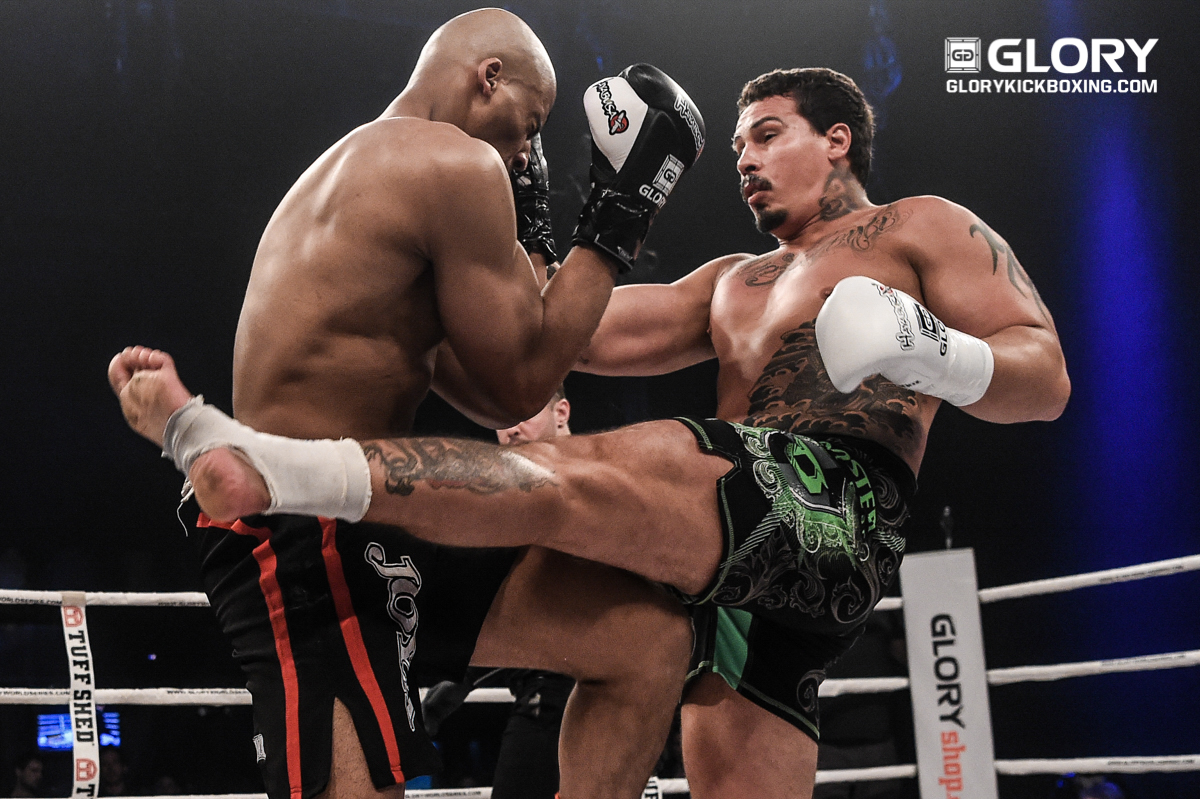 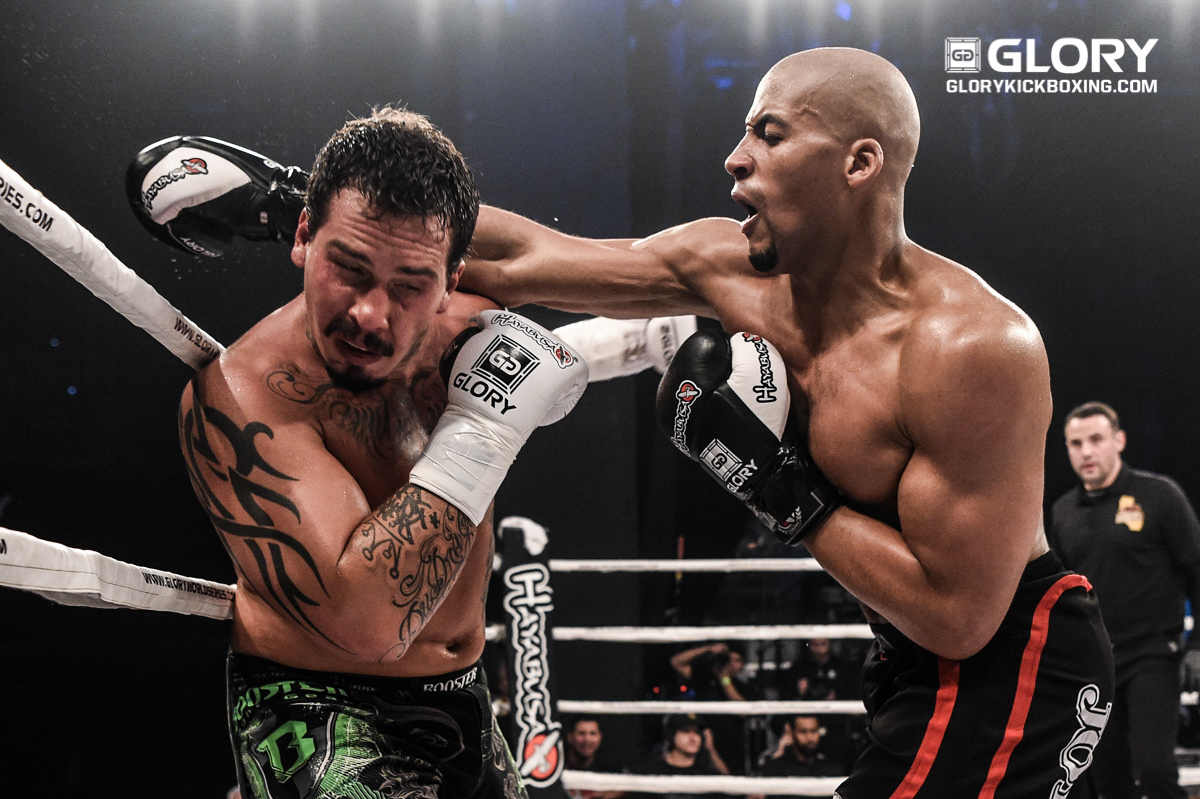 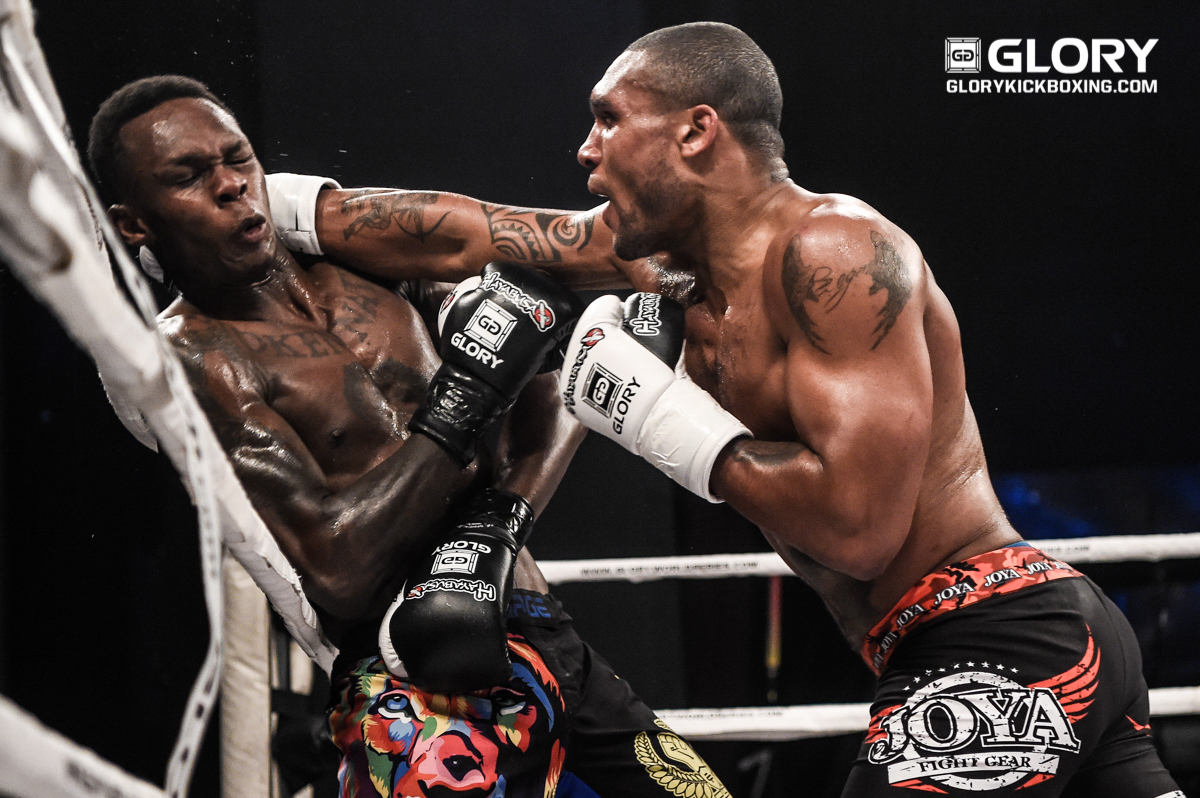 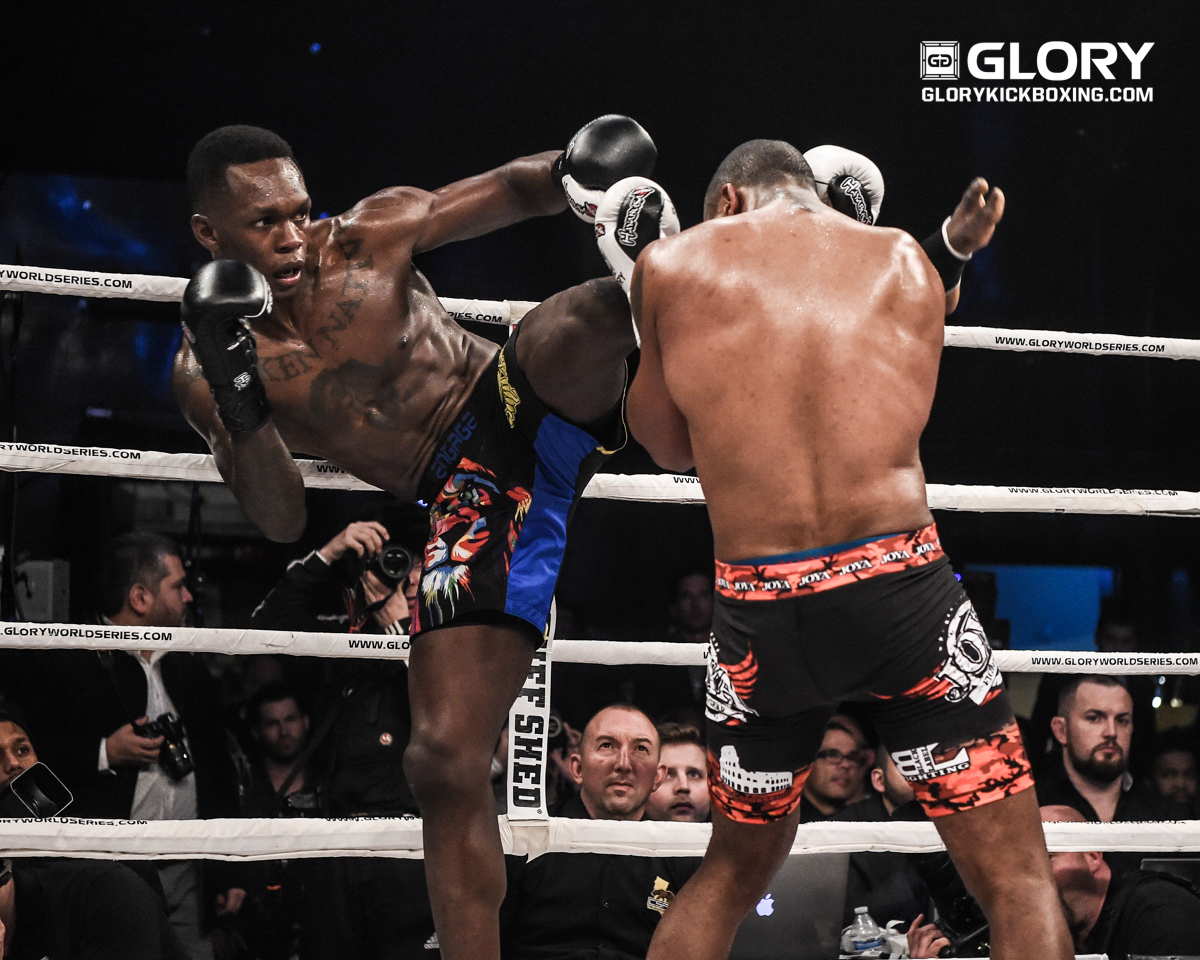 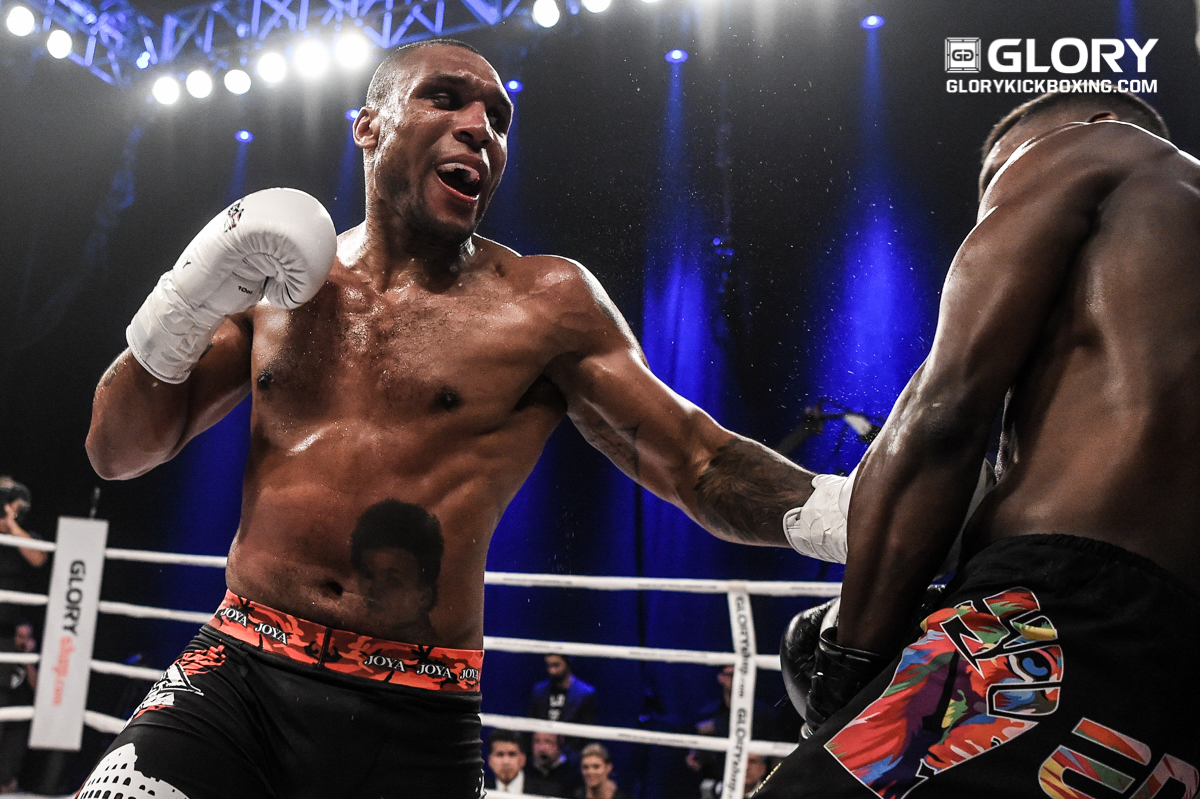 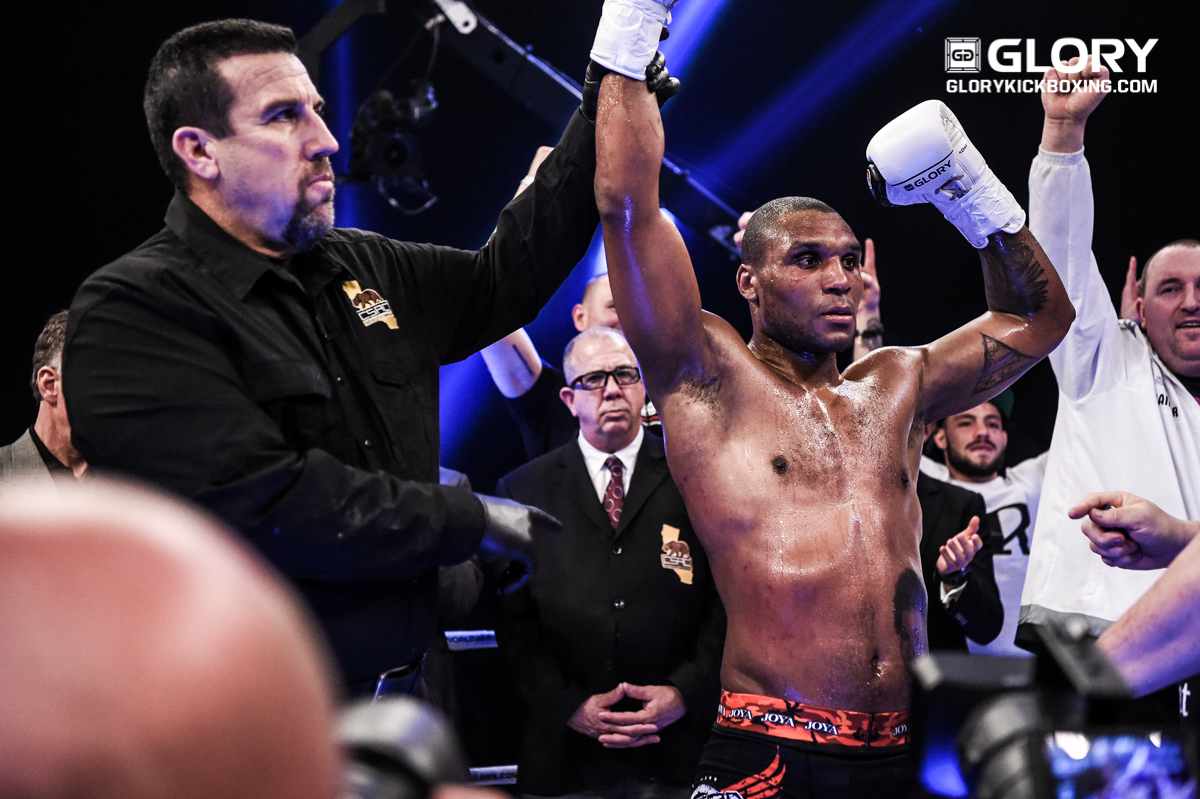 With an impressive display in the GLORY Welterweight Contender Tournament, where he stopped Karim Benmansour (48-7-2) in the 3rd round of the final, a fight against the newly crowned champion Cedric Doumbe (65-4-1) must surely be on the cards for the Swiss fighter.

With a unanimous decision win over the reigning champion at Glory 22:  Lille in June 2015, Kongolo will fancy his chances against the Frenchman and after his impressive display at L.A. Live.

The 29-year-old who boasts 73 percent knockout ratio will look for the fight sooner rather than later, with GLORY rumoured to be running a show in Paris, this March.

The Brazilian who had an unsuccessful run at Heavyweight and Light-Heavyweight during his time competing for the UFC losing Derrick Lewis and Anthony Perosh before debuting for the promotion at Glory 27 in February 2016.

Since the switch the 30-year-old has racked up wins against Demoreo Dennis, Brian Douwes, No. 10 ranked Hesdy Gerges and of course Marshall on Friday evening. Another Heavyweight ranked in the Glory top 10 makes the most sense for Inocente is Jhonata Diniz, who was also successful in Los Angeles.